Why I need feminism #thisdoesntmeanyes

This is sort of an addition to the other post and a response to the tag I got today #thisdoesntmeanyes. You see I took the other post down because I got cold feet. I didn't want to get judged or pitied or have people change their opinion of me. I posted it to be a part of getting rid of the stigma but I'm sadly also very much affected by that. So I took it down. I've put it back up now with some edits I left out. But the story is still the same - with one major lie. Yes, I'm continously angry and now I am definitely more Katniss and Tris (violent and shouting) than Bella (jumping off cliffs) (you didn't think I'd go without a literary reference, did you?) and I often feel more like solving my problems with violence - though I never do - but I also know I'm afraid. I probably wouldn't be able to fight off an attacker. So when I stated I wish to have the chance I'm being very theoretic. Thought I should clear that up ;)

If I had been raped when I was 12 I would have lucky compared to if  I was now. Wtf? you're thinking but hear me out: A child is off limits. That's a rule. People would have seen it as no fault of mine. A woman on the other hand... When I run I practice talking to the police, the questions they'd ask. What was I wearing, did I initiate the contact, why was I out alone at night?

And in my head I retort: Would you ask your daughter that? I didn't know there was a curfew for women.

But in reality I very much doubt I'd be so snappy. So instead I run faster, change sidewalks when groups of men approach, turn the music up louder when I pass so I don't hear what they shout. And this is how it is. This is normal. And that is why I fucking need feminism. 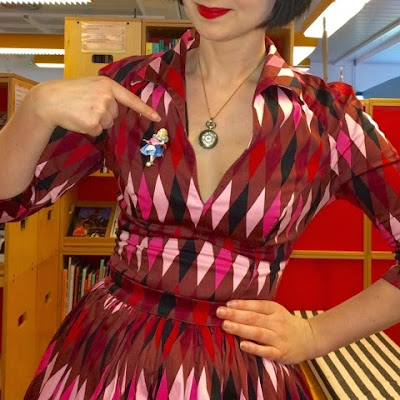