I have never viewed myself as overweight at any point in my life. I have never been particularly fond of my body and I have wished it was slimmer, taller etc but at the same time I have always been strangely oblivious to it. A year and 3 months ago we were in Rome and the left picture was taken.

In the picture I'm really sweaty (it was scorching and I am miserable in heat), looking all awkward (it was before my current IG selfie/posing regime) and the dress wasn't the best fit but I am also quite...ahem chubby. I never really realized how big I had gotten before I saw the pictures Boyfriend took last summer. He's a darling and never mentioned it - if he ever noticed. He never made hints about eating less or not eating pizza for dinner. I guess he's either blind or loves me regardless of my weight. I'm kinda betting on the last option although he does wear contacts.

It is hard to explain someone elses relationsship with their body but in short I used to never eat, then I ate and worked out a lot, then I stopped working out but kept eating. I became rather manic about eating and food. I chose to go to Rome because food...and I ate a lot too. Even though it was so hot I wasn't really hungry - but it was Rome. When would I eat pizza in Rome again?? So I forced myself to eat. Which is an incredibly stupid thing to do.

The day we came home I started running, 3K, 5K, 7K...and then one night in October 13 I could just go on and I made it to 10K. I felt so awesome that I could that with my little short legs :)
Then tragedy found me (a friend died by choice) and I ran some more. Well, a lot more. And 2 months later I had to stop because I was losing too much weight too fast. I started getting dizzy when I ran (I ran 10K 3 times a week and sometimes I squeezed in a 5K as well) because I wasn't eating enough to support the calorie loss. And I needed to finish my thesis. So I quit. It wasn't hard. I run out of necessity not because I really like it. And some weight crept back during the summer. I'm sorta trying to get rid of that now. Although not really - I still really enjoy food and I'm lazy - but seeing this picture again kinda makes me want to go for a run. Also I have started using the MyFitnessPal app. It doesn't control my life but it puts my lifestyle in perspective - how much I eat and work out etc. It's a sense of control. And if I can see that I have hit my calorie limit it much easier not to snack. 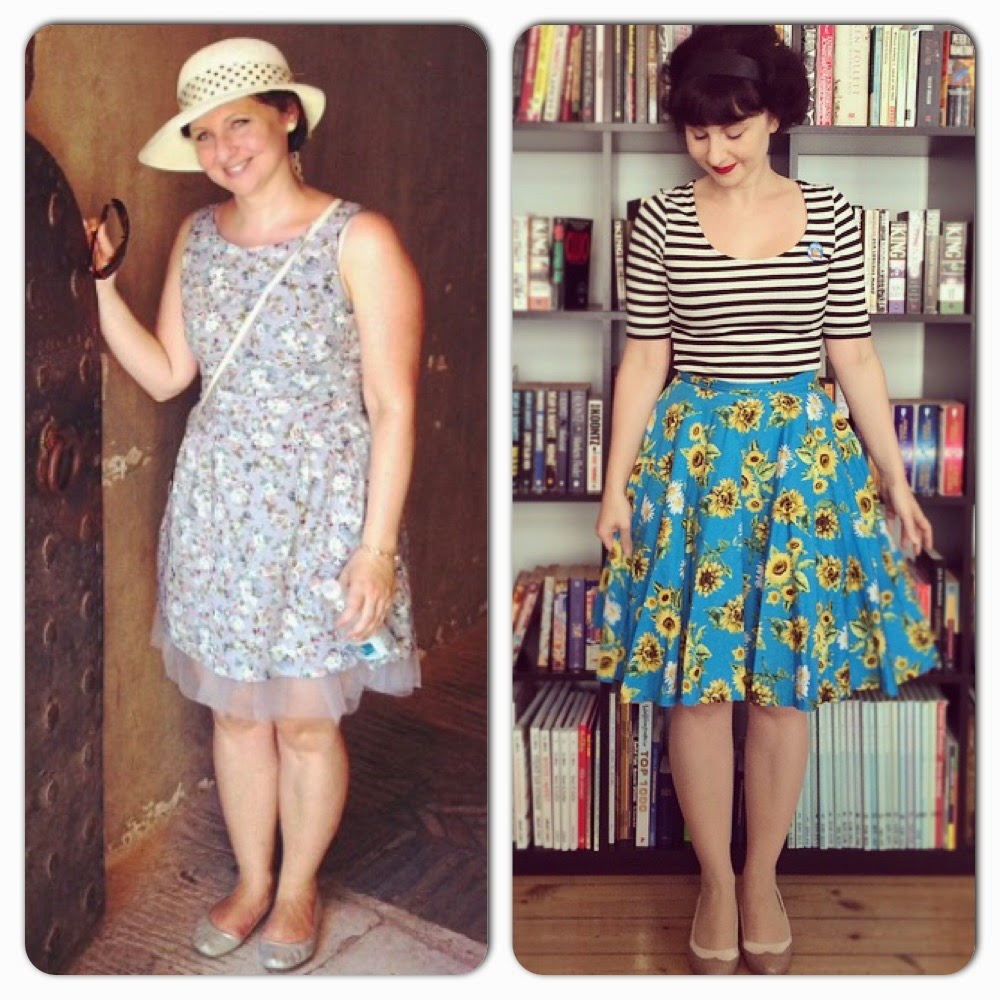 One of the worst things is actually that I was that size when I started changing my style so I bought a lot of clothes that ended up being too big after just a few months. I have sold most of it but I did lose a lot of money on that. And some dresses I really miss but I hate wearing clothes that don't fit me so they would just have lived in my wardrobe and never been used. I couldn't do that to them ;) Clothes should be worn - that is their purpose in life.

Also I love that outfit so much. I really really love mixing prints. If that constitues as a hobby, then that's it - my knitting or drawing - I mix prints ;)