This dress is - if possible - even more amazing than the forest dress I wore in this post. The model is the same (you can also read about fit and comfort in the other post) but this print and colour is just to die for. Boyfriend is getting into photography and photo editing and I let him play with the photos (he also took them) since it was a really gray day and lighting was rather poor. So the dress is slightly more vibrant than in real life. I was actually more into the brown one but I'm so happy I ended up with this! 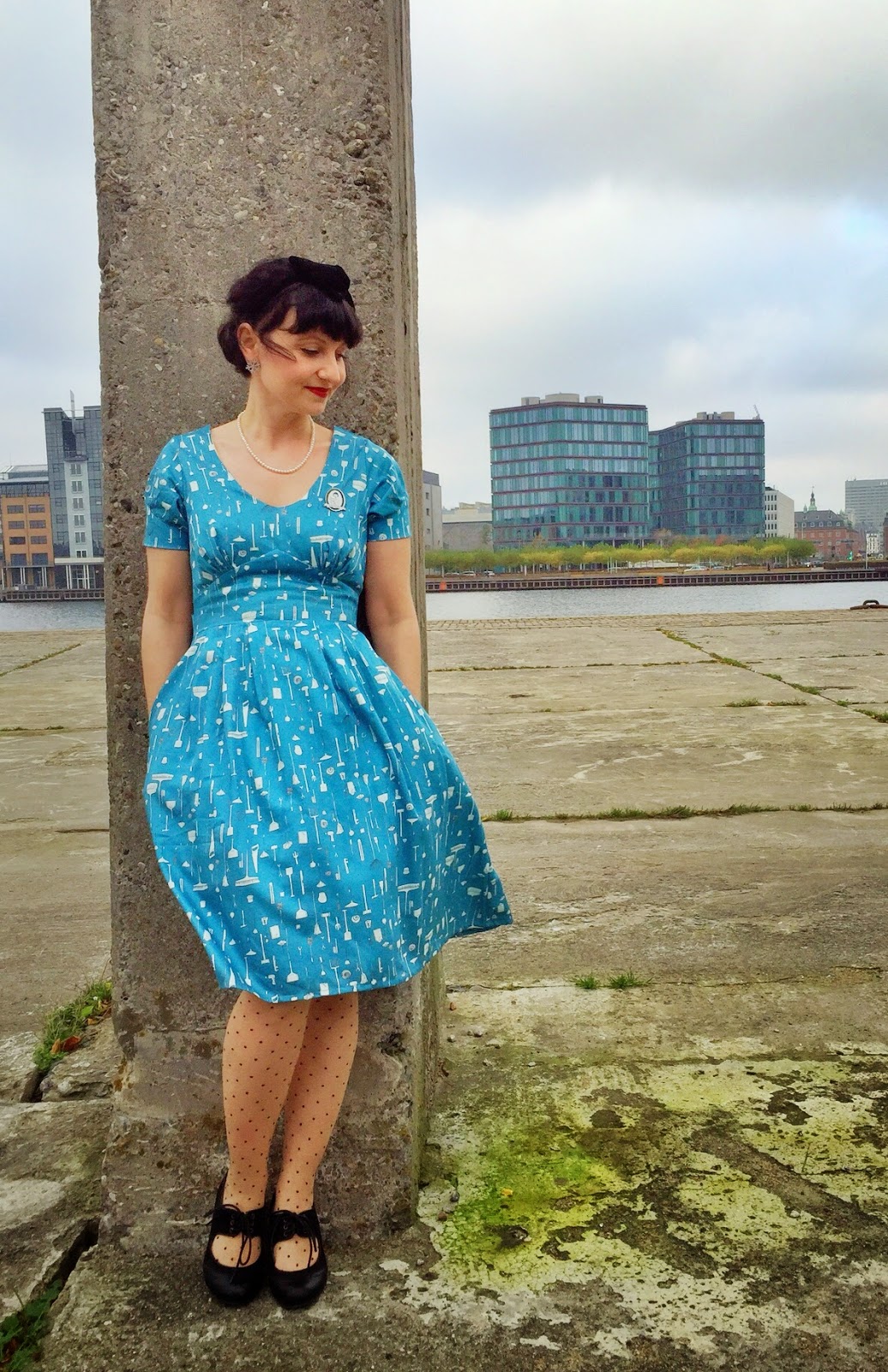 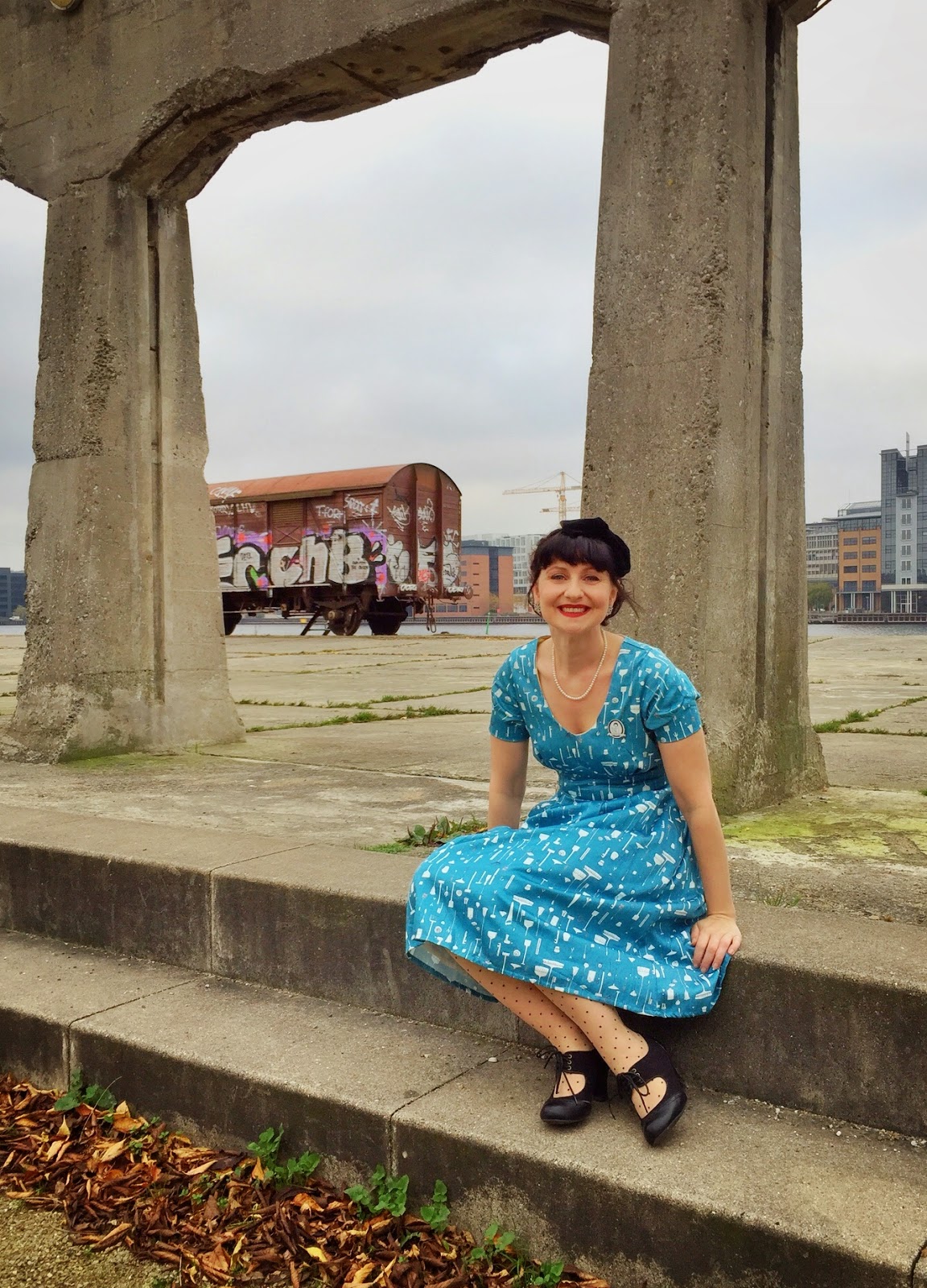 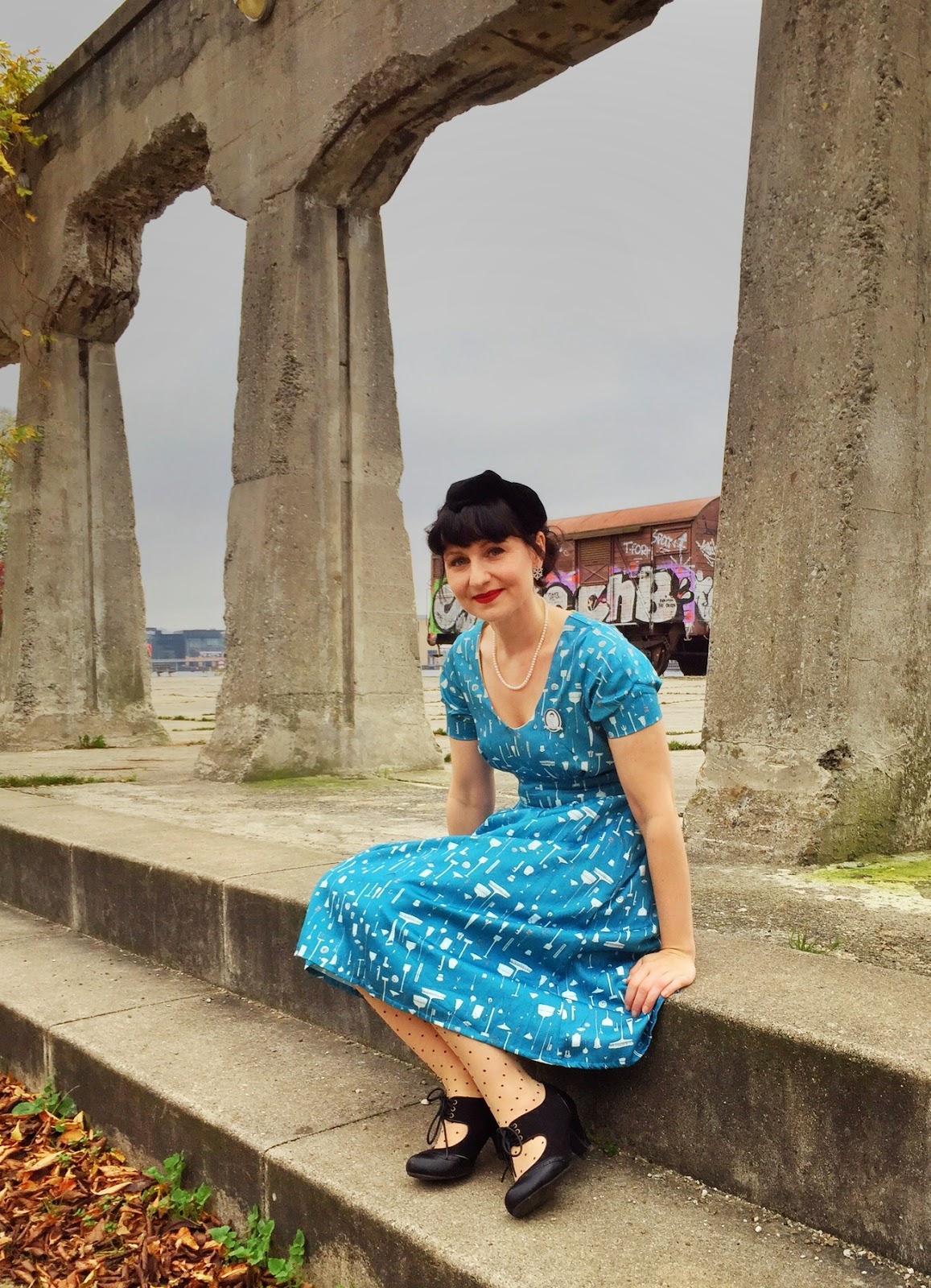 I really wanted to shoot this dress in snow but I like the gray background as well. And well it's kinda rare to have snow in November even though it's Scandinavia (and Frozen made people think this is a winter wonderland ;) ) so it was unrealistic anyway. But a girl can dream right? :) And well dress/photo/selfie taking obsessed gals dream of fun locations to shoot dresses in. If you didn't know. 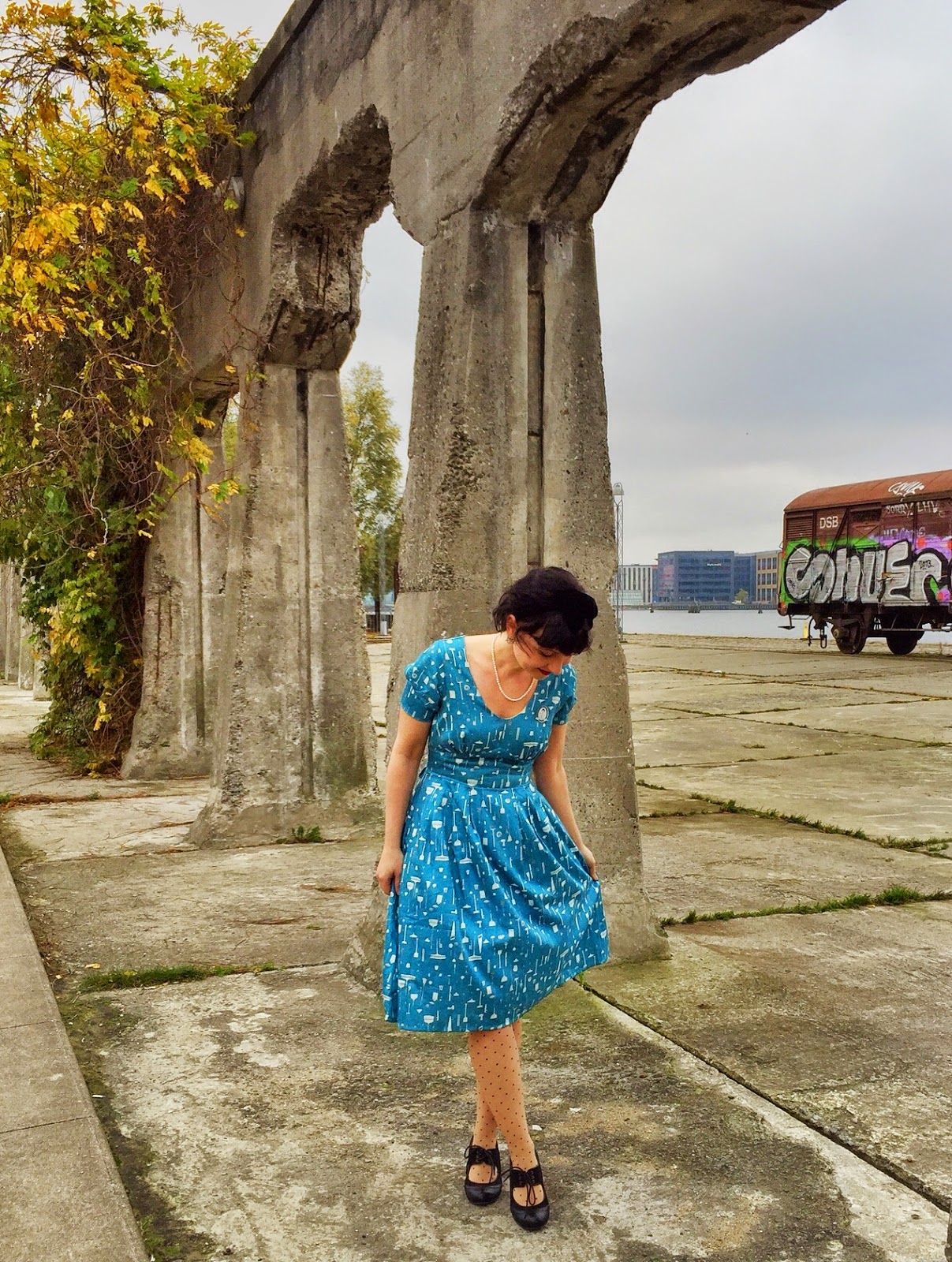 Poor boyfriend, he got the iPhone 6 when it came out and now I'm shamelessly forcing him to take pictures as it's better than my 5s. And even edit them. He would much rather take pictures of the train wagon and the concrete thingys without me on them I'm sure haha ;) (In some of our vacation pictures he'd write: "This would be a really nice shot of a bridge if Kathrine wasn't in the way" as a caption ;) ) 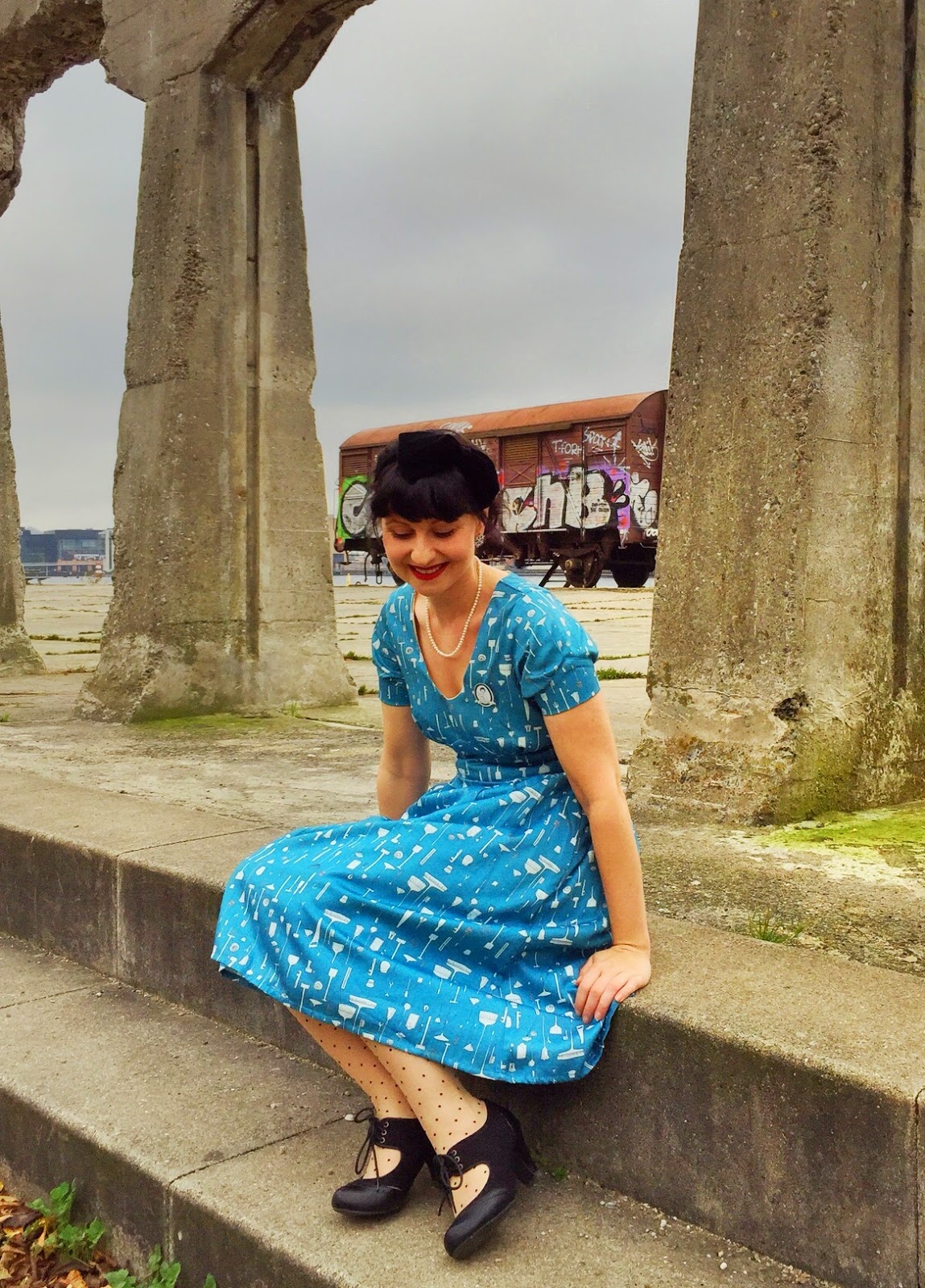 We went out for tapas and wine after we took the photos. Going out to eat is one of my favourite 'hobbies' (you know besides buying dresses and instagramming them ;) ) And while I do love a huge plate of a nice meal, the only thing I like more is a huge plate of tiny little meals ;) With wine. 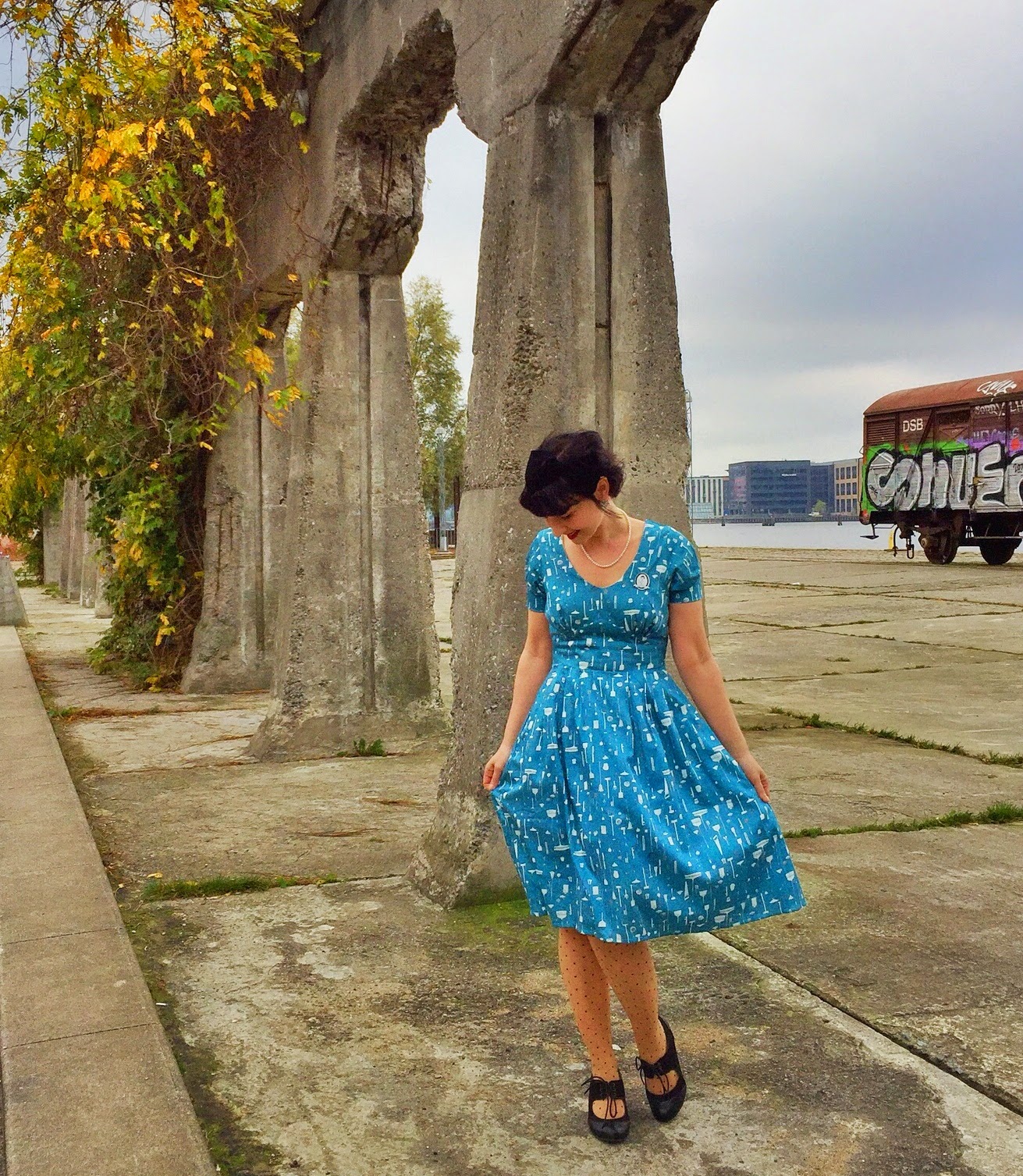 Dressing up is just more fun when you have somewhere to go in my opinion. And don't get me wrong - somewhere can easily be a drink down the local pub. I don't need big occasions to wear a pretty dress (as I'm sure you know by now). We ended our Saturday at a beer bar (which also was the place we had the wake for Mike. It wasn't anything sappy, I just hadn't been since and thought it would be nice to come back to face the ghosts). After a few pints we went home, ate some pizza and went to bed to bed early. I like drinking during the day time but it's tiring business ;) 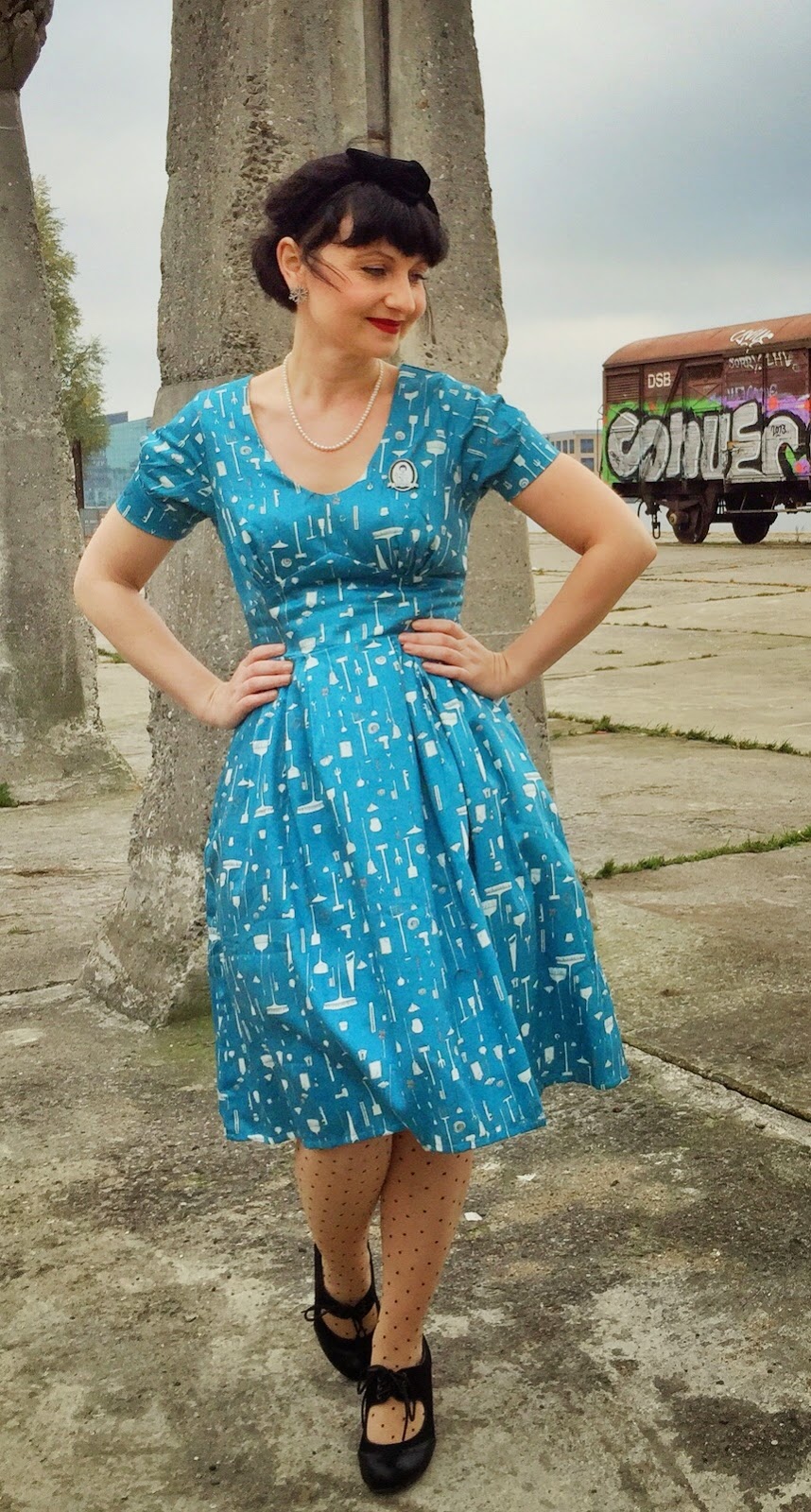 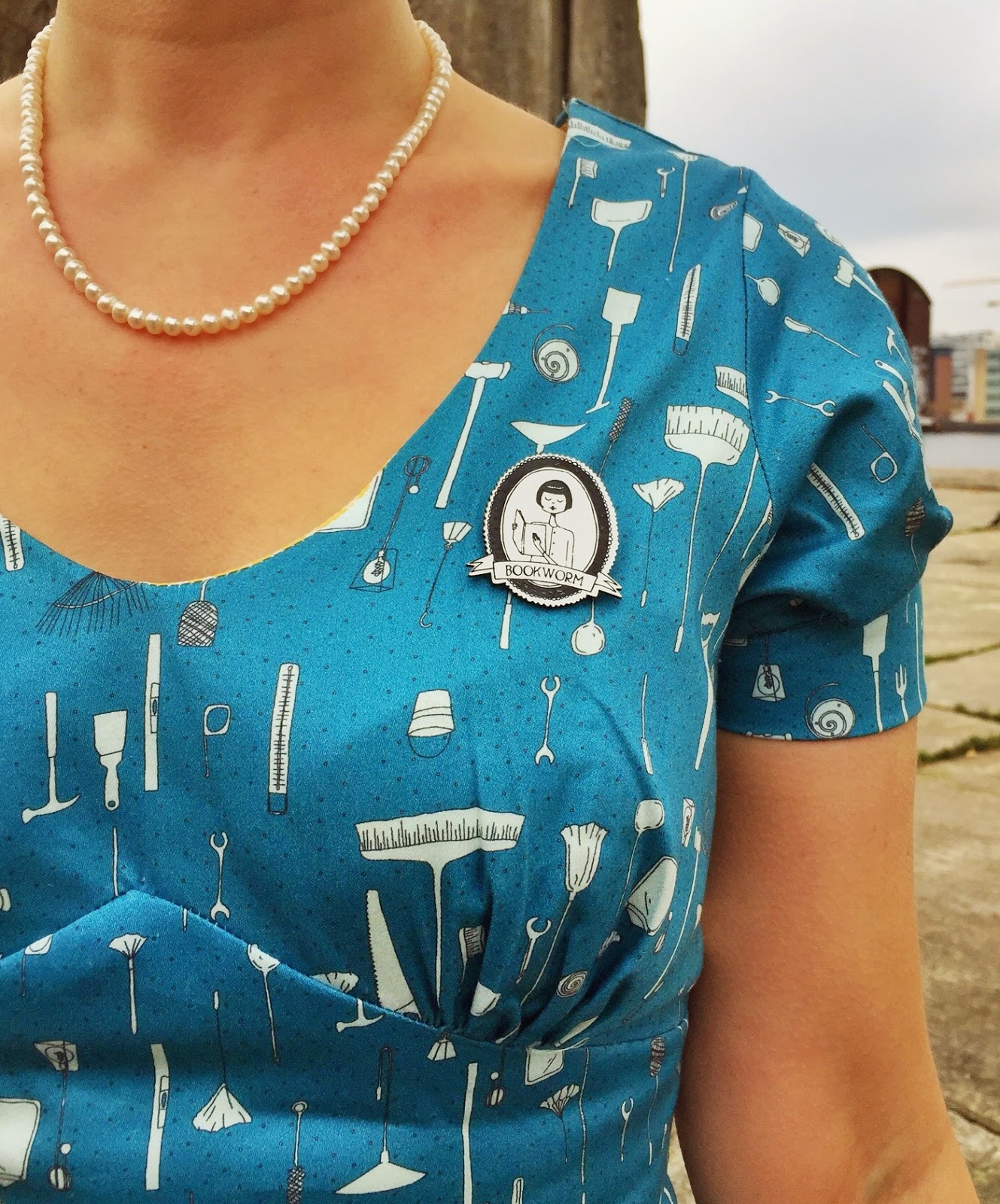 Brooch is from FlapperDoodle and in my opinion goes perfectly with the dress. And with me. Bookworm, and proud of it! ;) Sunday was spent at a huge book fair and I may have added two big books to my rows of unread ones and bought one for my mom as well. You can't start too early with those Xmas presents! I also met my favourite Danish writer growing up (and still). I managed not to cry (right in front of him) but I did babble a bit about how I hoped he'd never stop writing book for children and young adults as I really wanted new generations growing up with his books and not just the ones their parents read but in their own right (nerd alert beep beep). After he signed my books I cried (like omg omg omg, trying to fan the tears back in my head like women do on occassion though it makes no sense haha). It was so overwhelming meeting a human being who has had so much effect on my life - and my decision to become a children's librarian. 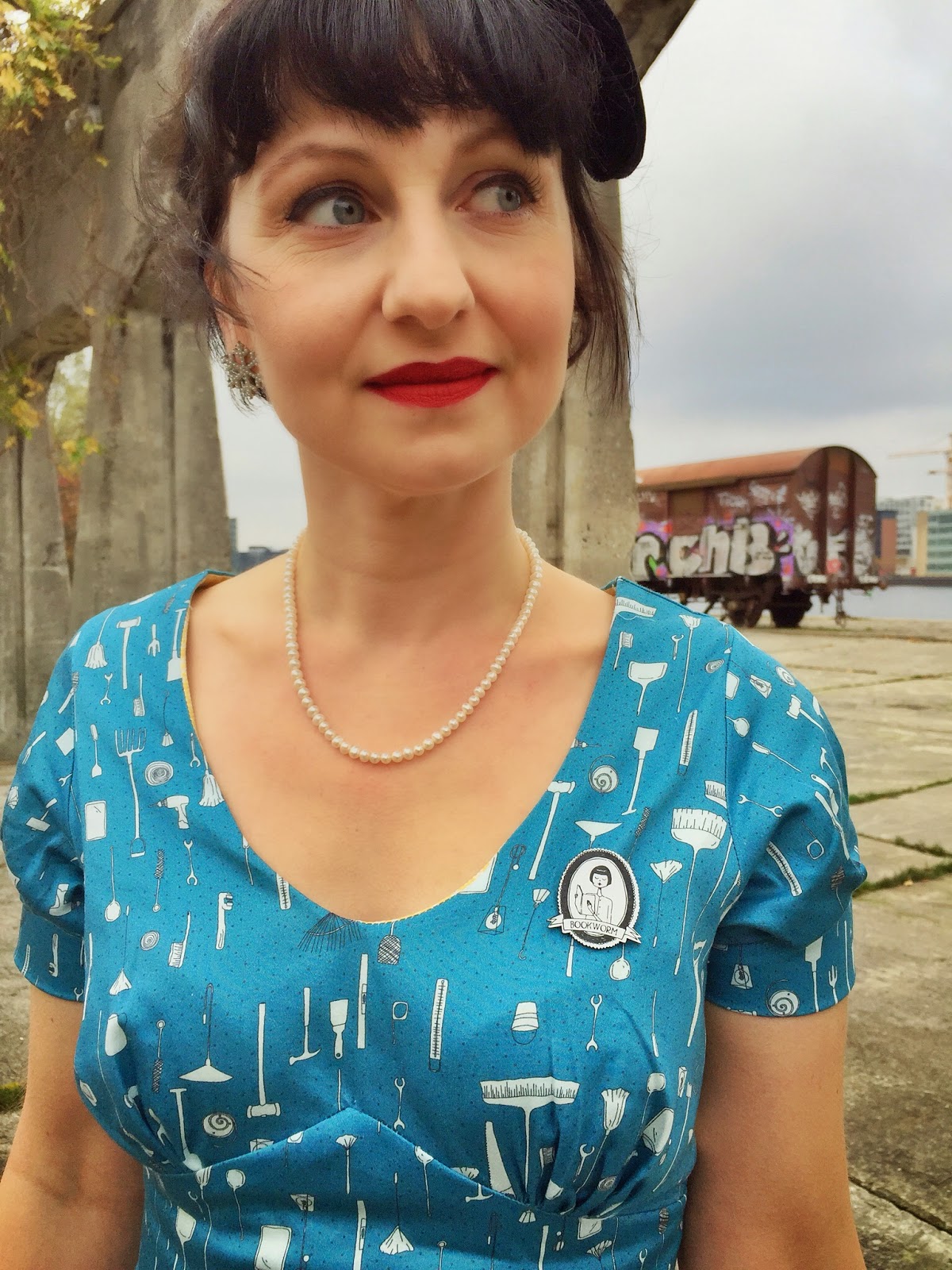 Anyway speaking of Xmas (were we? We are now!). This might just be my Xmas dress. I initially wanted the Beatrice in Chocolate Shop but sadly the smallest size available (8) was too big on me. Purple has always been a Xmas colour to me. But this one reminds me of ice and snow - hence my idea of snow snaps :)

I'm hoping for a white Xmas but it almost never happens - and frankly I'm only really enjoying it when I don't have to be anywhere and the snow is falling all quiet and heavy and you can stroll around all blissful and in love (with a person or just the landscape). The blizzards when I'm going to work on my bike in January? Nah I'm good ;)