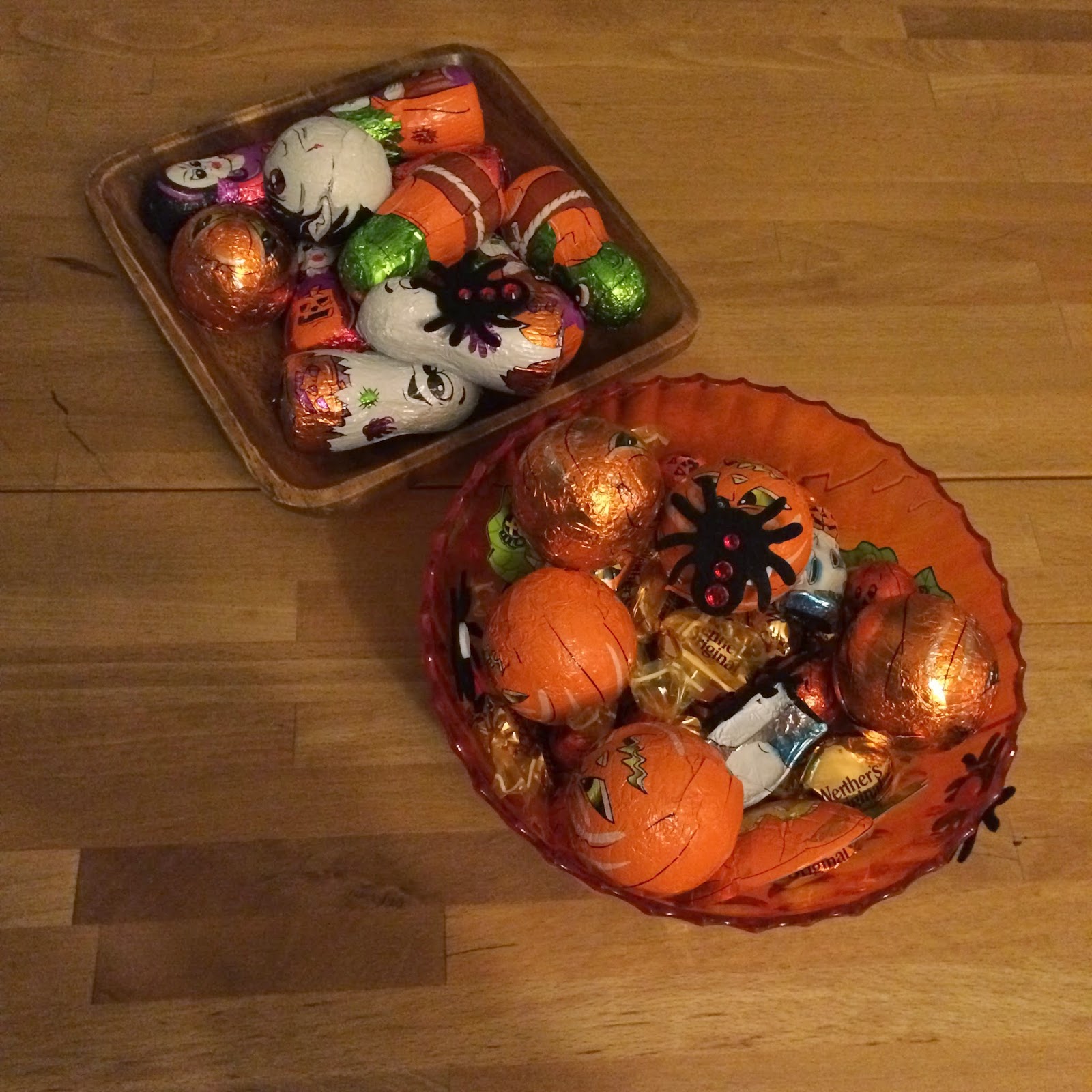 I bought a lot of crappy chocolate in case of trick or treaters but noone turned up. Halloween isn't a big deal in Denmark. We have our own holiday in late February called Fastelavn where we dress up and beat a cat out of a barrel (not literally. Anymore). We make 'ris' out of branches and hang candy on them... God, traditions are weird when you explain them to someone who doesn't know them...
Anyway, every year I have a Halloween party (starting last year so it's not a long tradition) and this is how I decorated my house. 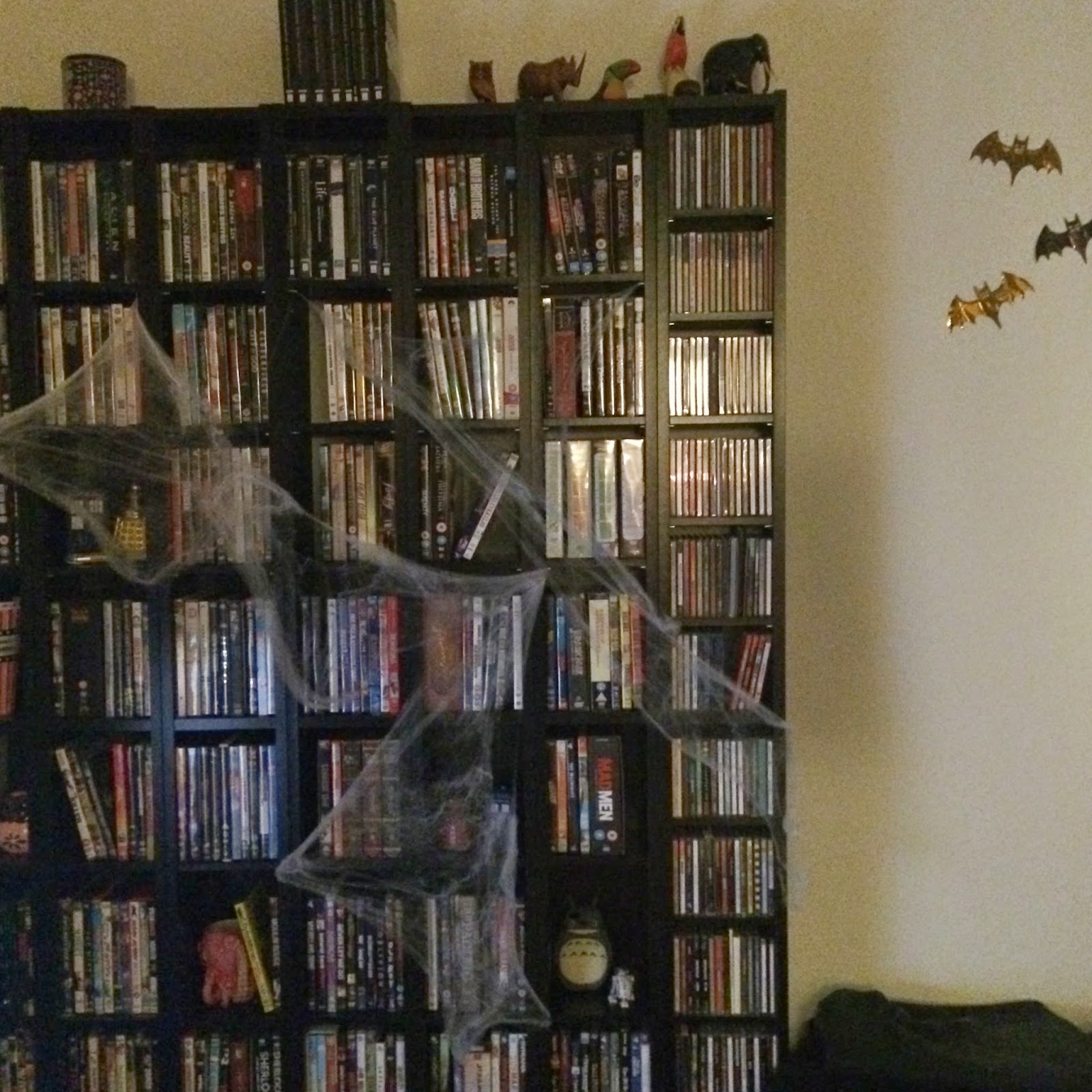 Uuuuh spooky! Or well... I'm not a great decorator I'll be the first to admit that, but I get points for trying, right? 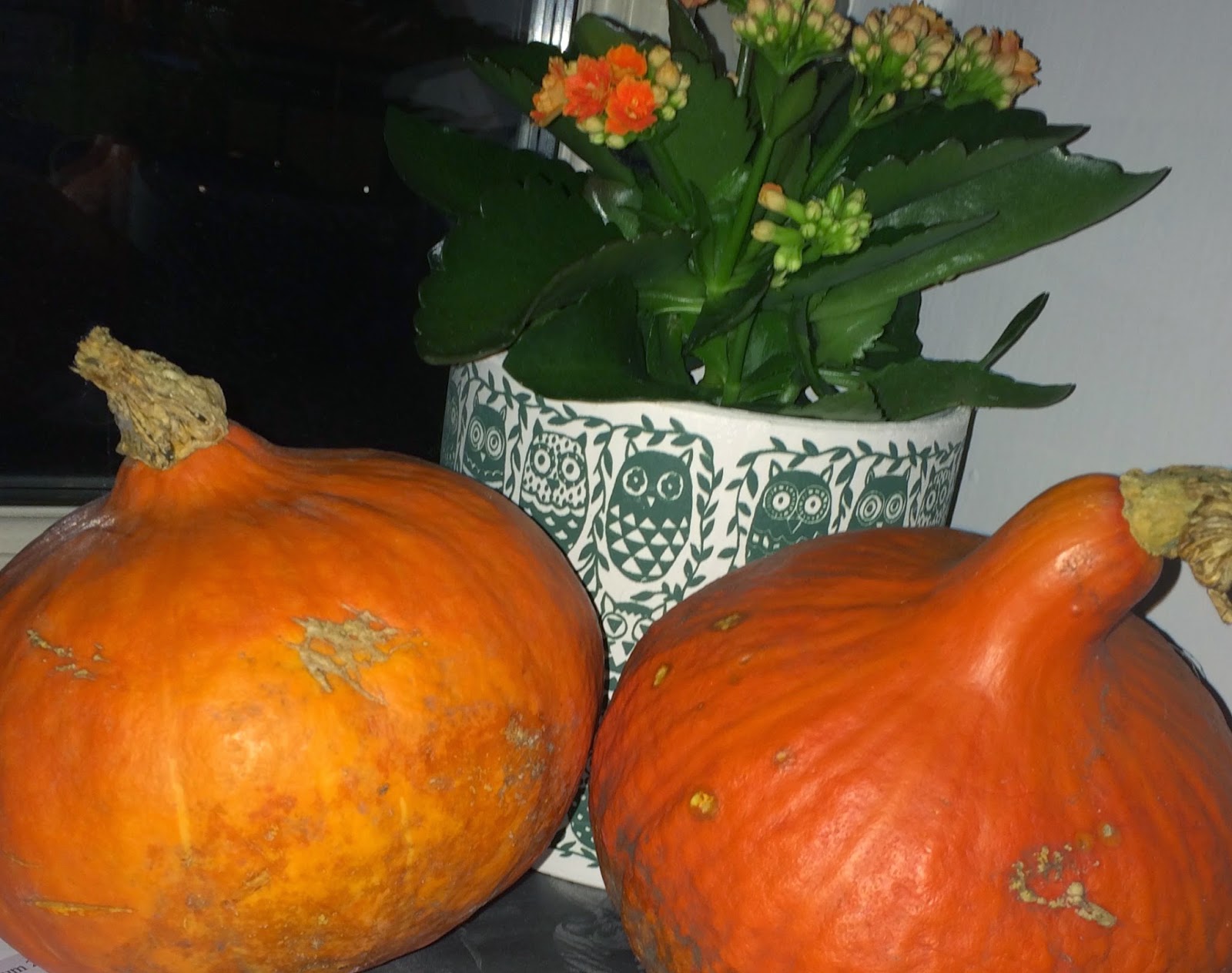 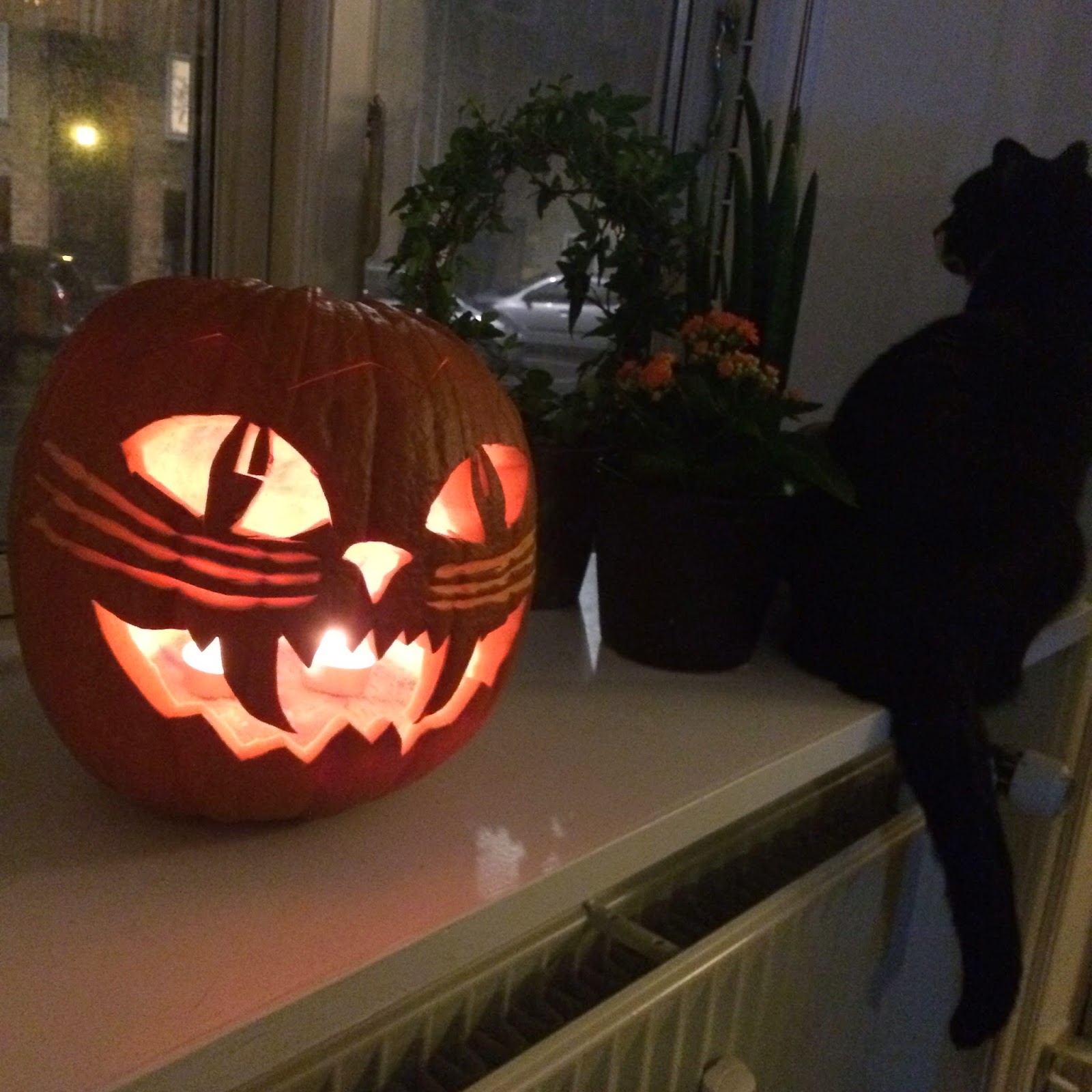 The best freaking pumpkin we've ever had. Boyfriend is a carving genius. 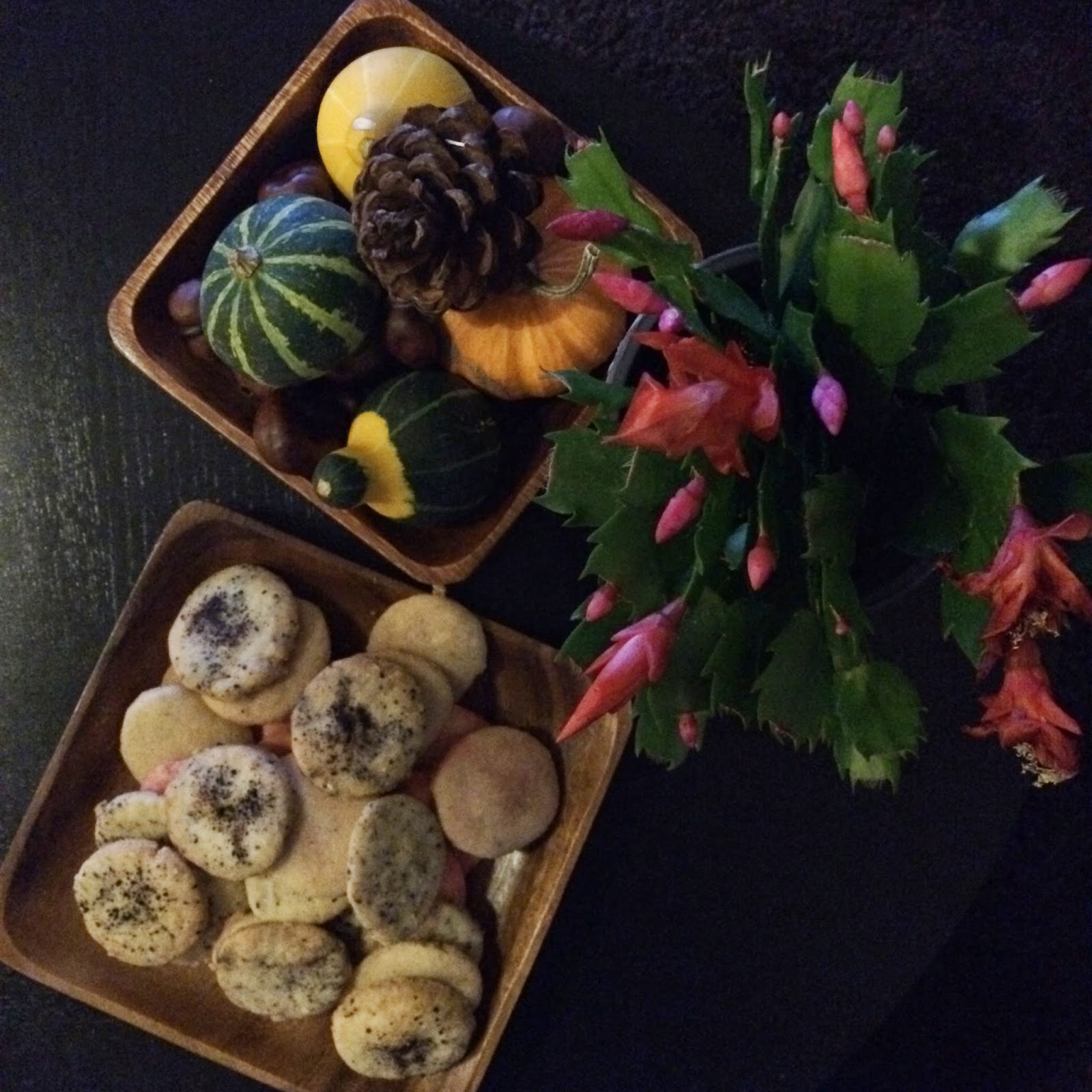 More tiny tiny pumpkins and liquorice cookies. Yes, liquorice. Danes put liquorice in everything these day. I kid you not: I have seen cream cheese with liquorice, crisps with liquorice... I though I'd join the craze. Ironically of course. 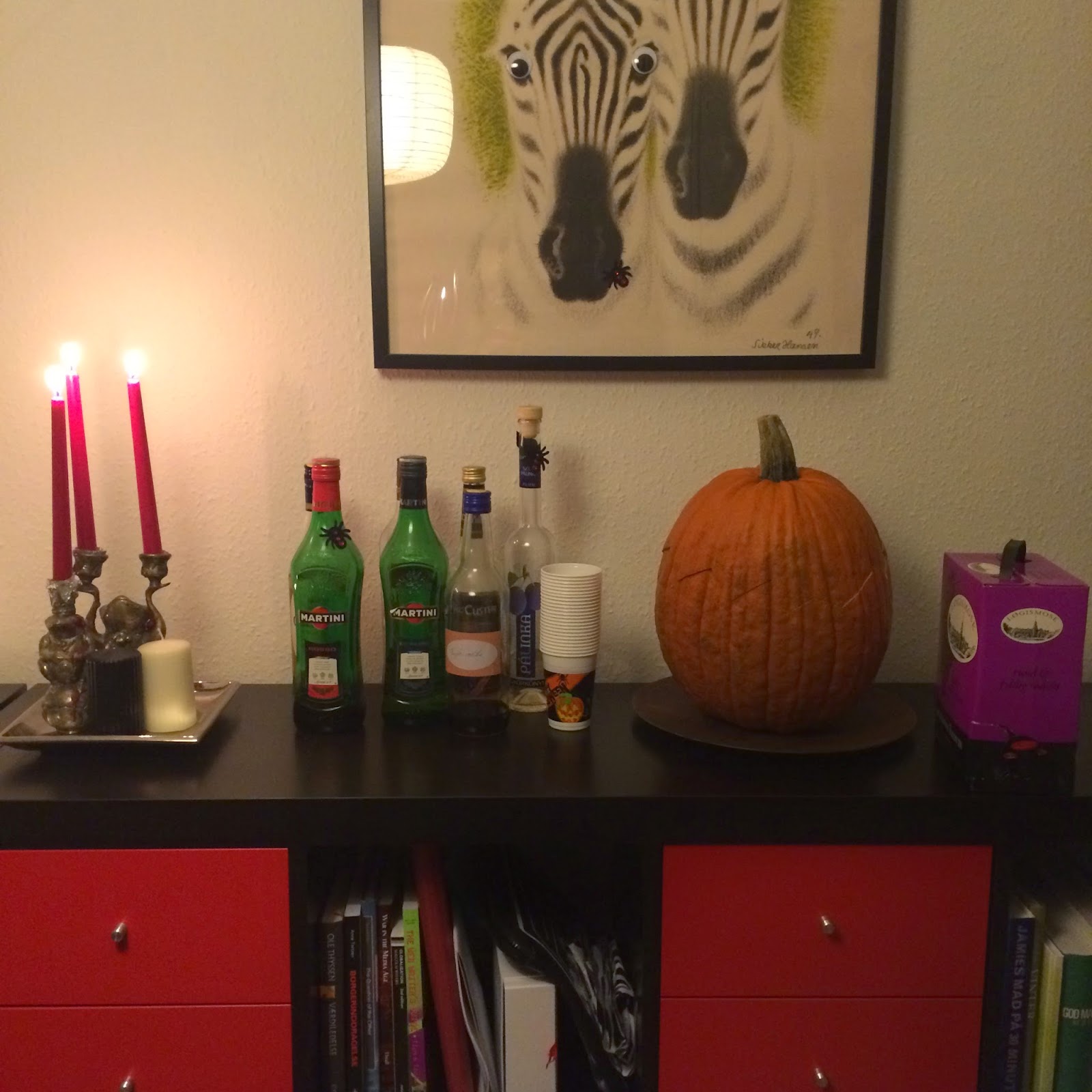 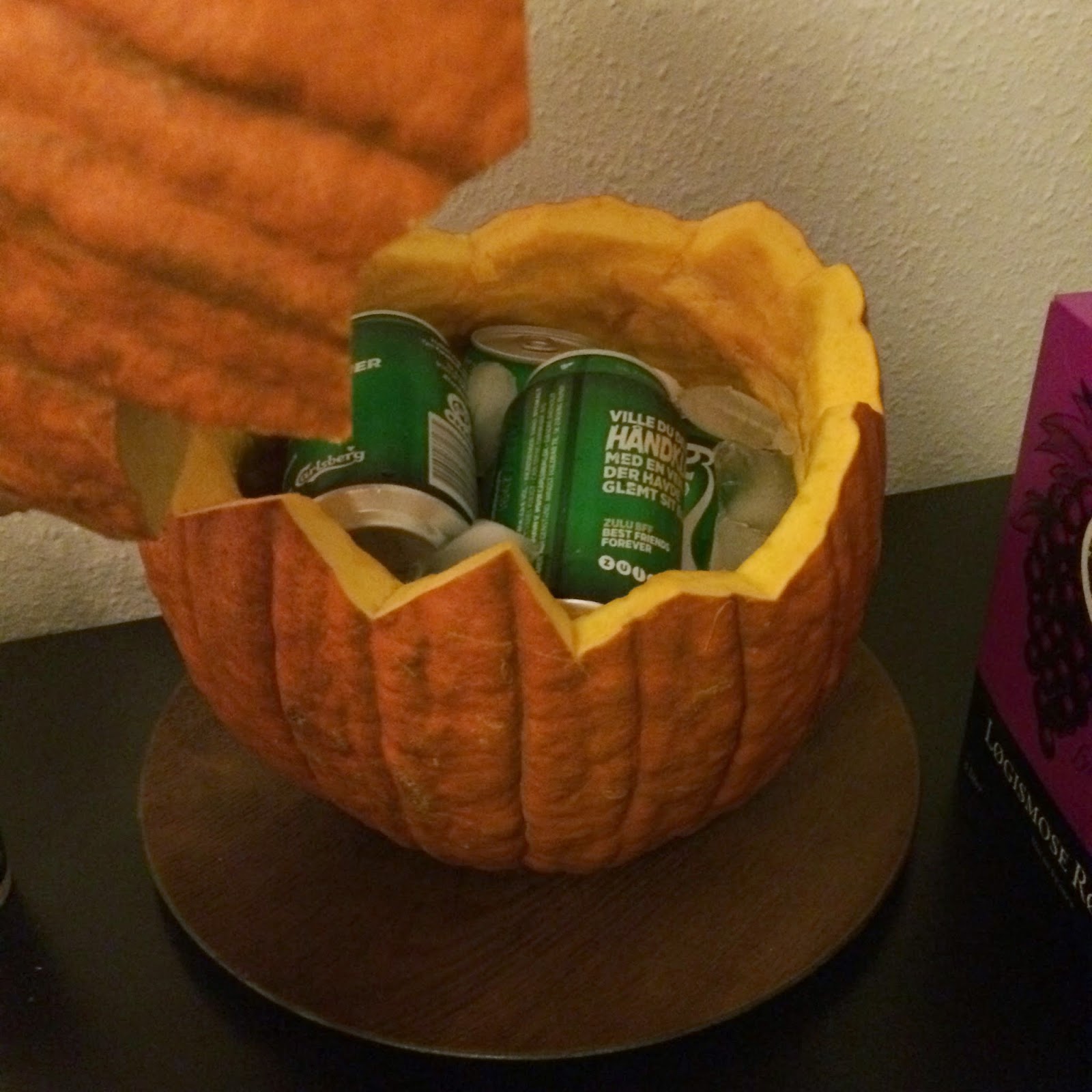 Our pumpkin cooler was pretty damn awesome if you ask me. 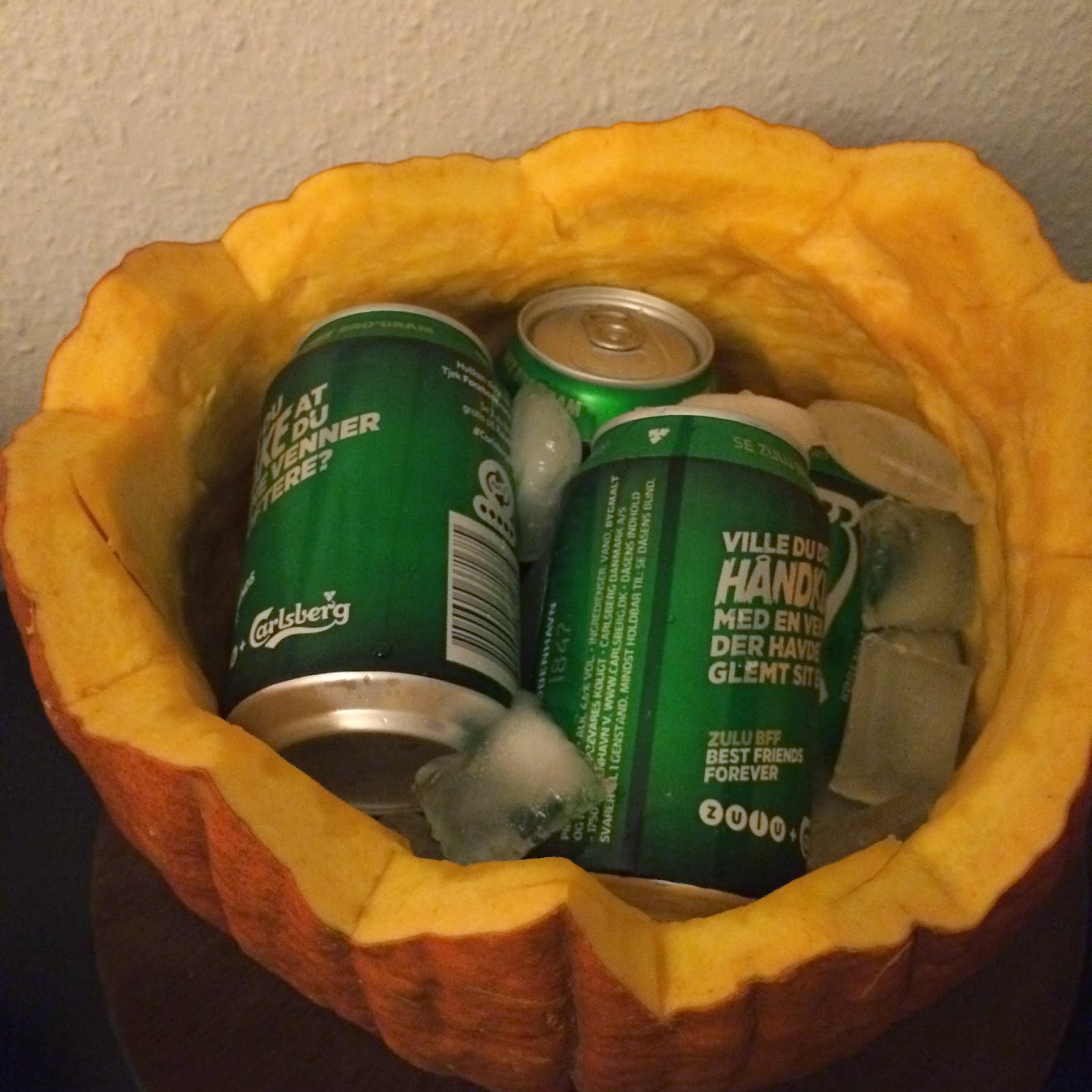 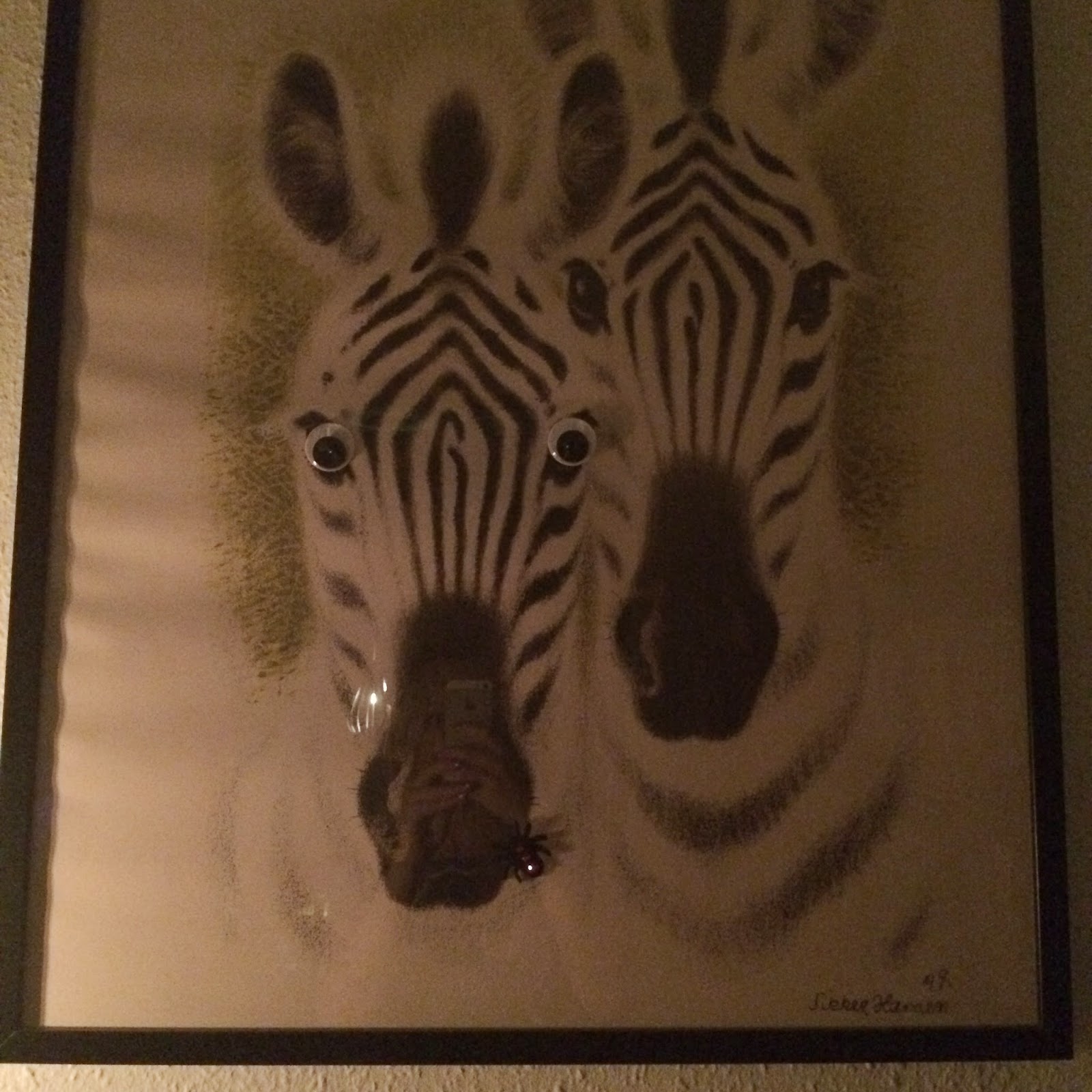 Points for effort, remember! Also I totally can't get the eyes off of the damn zebra again. Whoops. 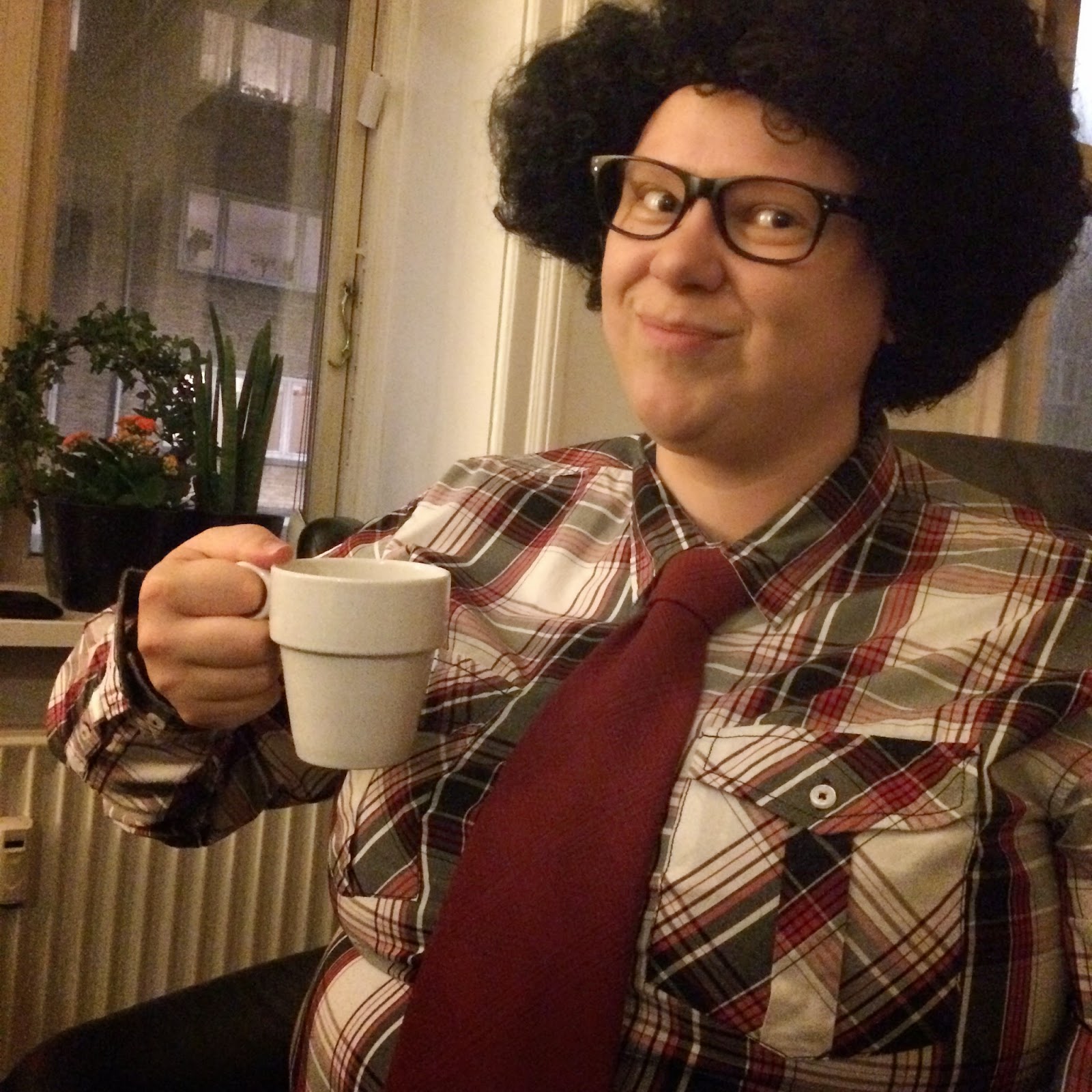 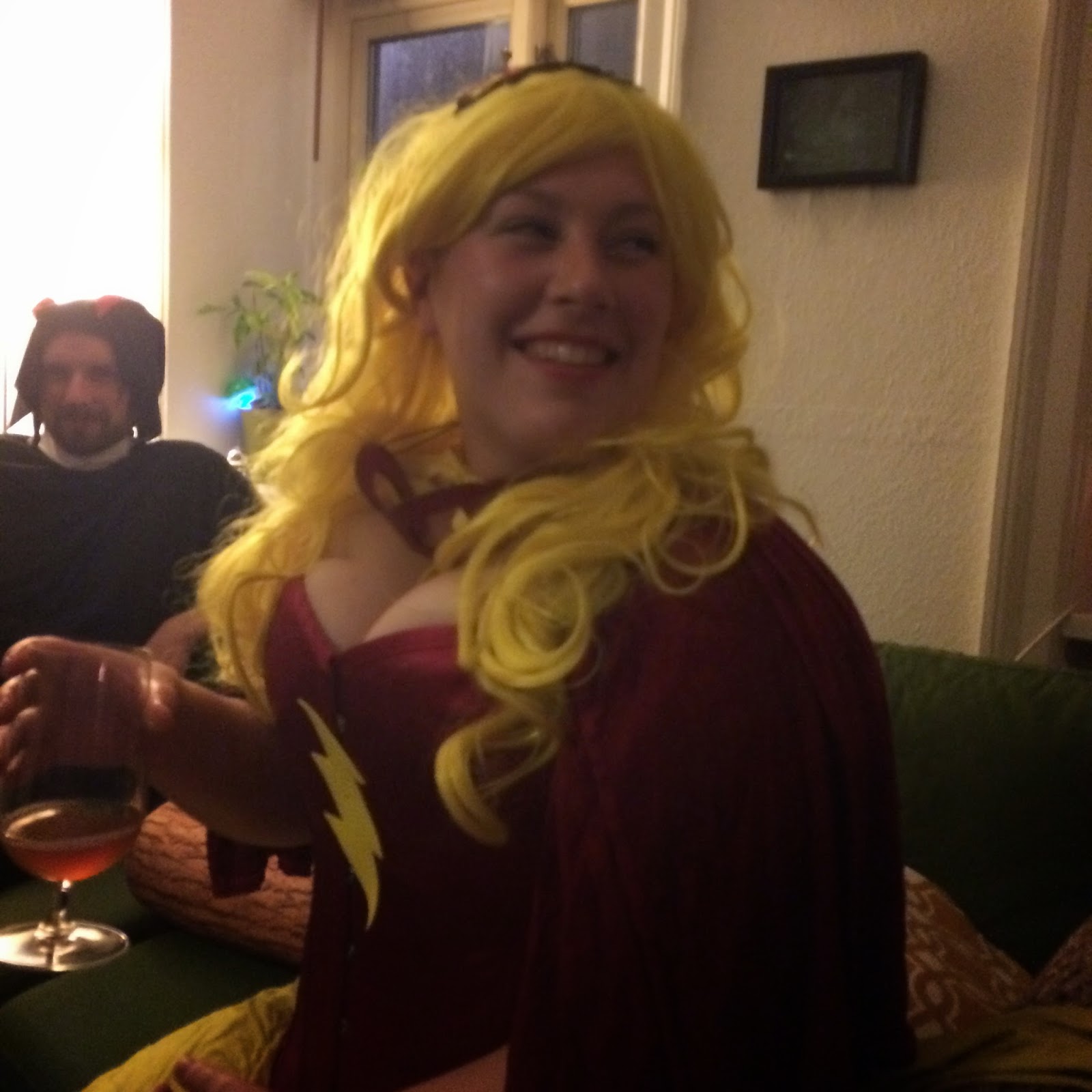 So did Pin up Flash. Who also won for best costume. Price was a packet of liquorice pipes. Because that was a theme apparently.

Other guests I didn't get pictures of because wine and G&T's happened include a murder victim, Totoro, a zombie, a cowboy and a zombie hunter (who was also the zombie's husband). Boyfriend was a demon priest. 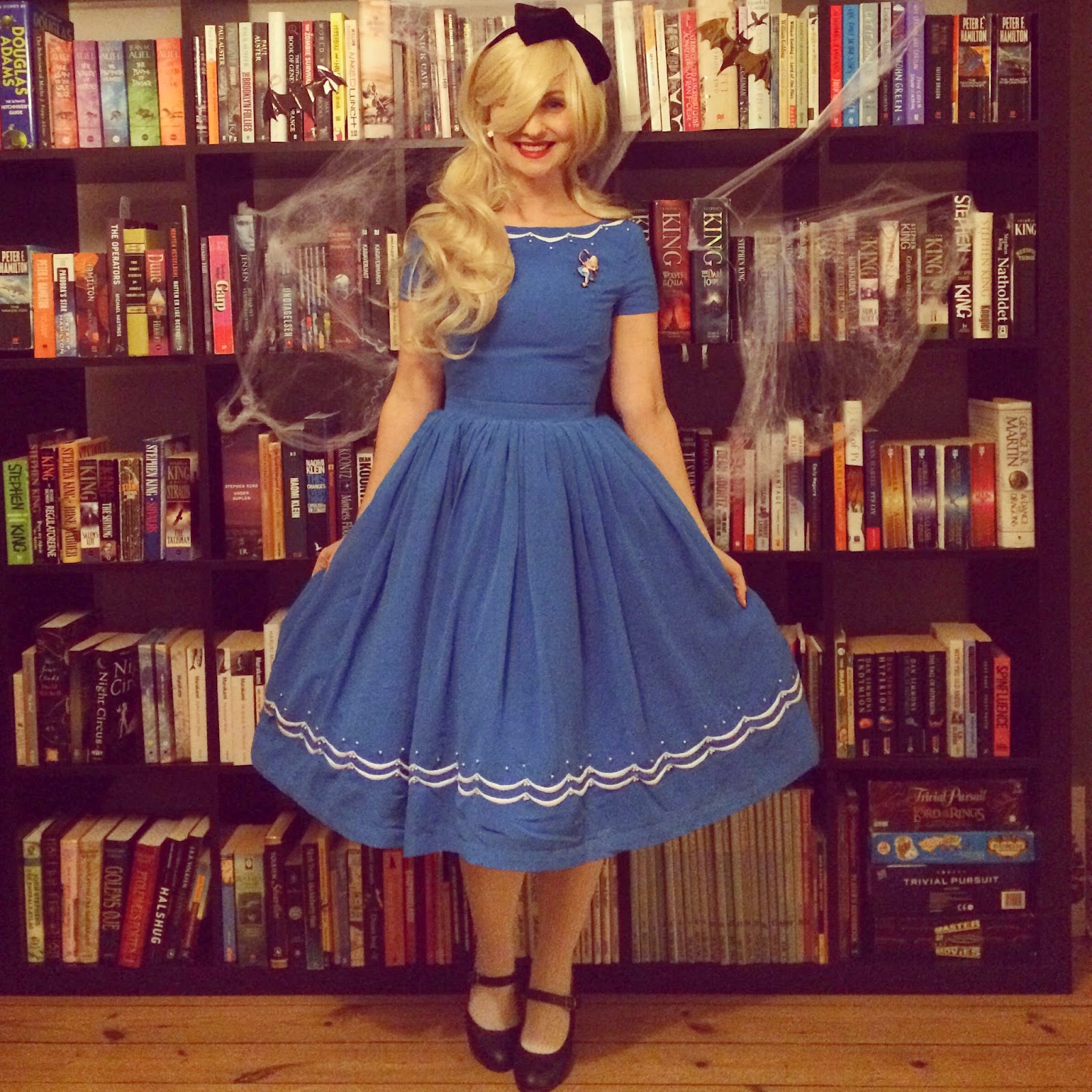 In case you missed it on IG I was Alice. The dress didn't fit me a month ago and I was trying to find a different costume but 451K (I have an app for that) on my bike made my arms just that much slimmer that the dress fits! Yeah baby! I was contemplating Mad Alice and pouring fake blood all over my costume but I like the dress too much :) The wig is ruined by the way. It got so tangled I couldn't save it. But I'm getting a new one I think. I rock blond waves. I'm thinking Luna Lovegood in February. 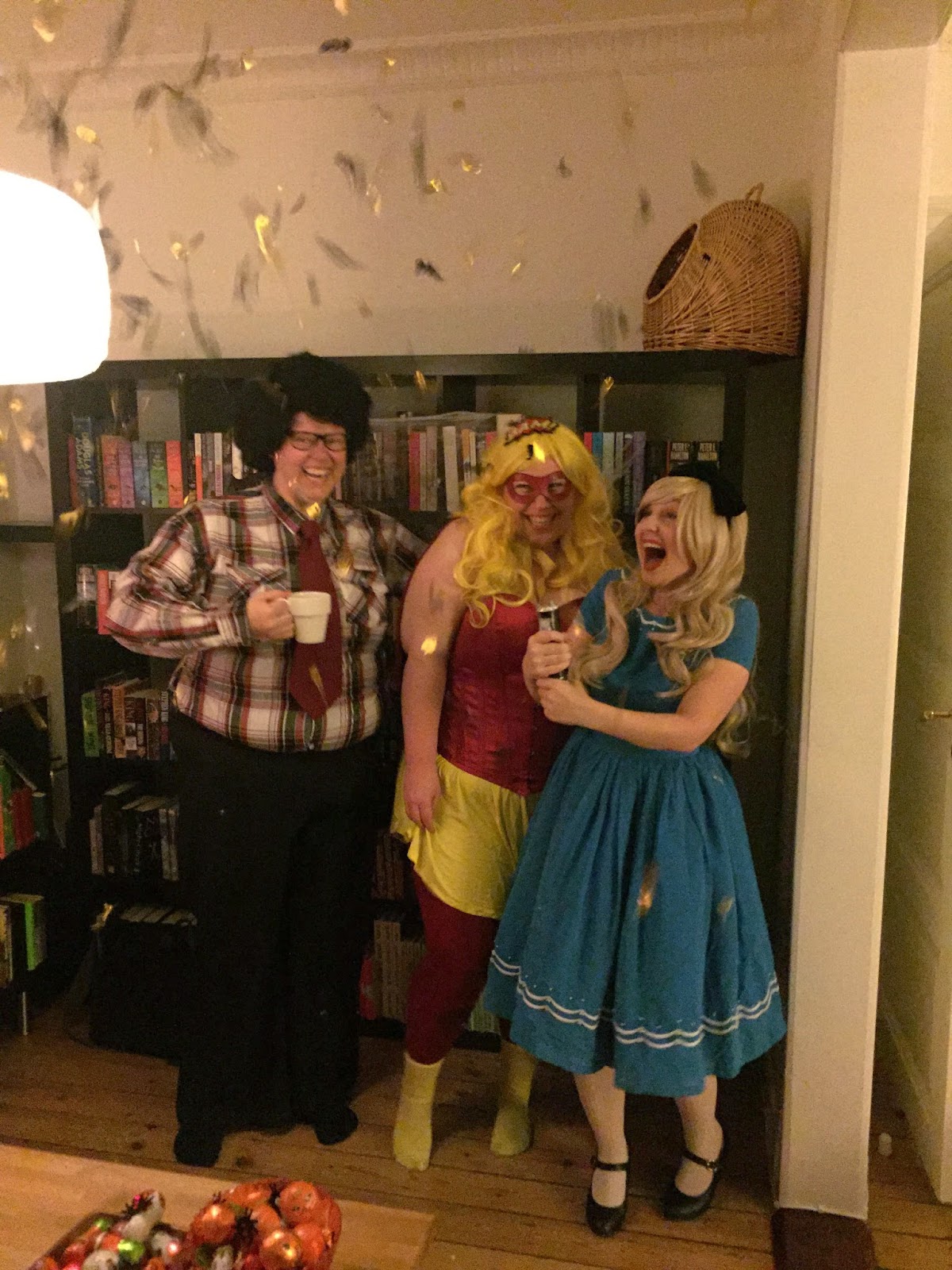 This was a bad decision. I'm gonna find foil bats and pumpkins until Christmas. But man, I love confetti bombs! :D