You may find this strange but some of my favourite places are grave yards. I have never feared death and I don't find grave yards sad or creepy - or well they are sad and creepy in a good way. I have lost people both naturally (granparents) and a couple where you would claim it was too soon (suicides, one uncle, the youngest of my dads brothers, and one friend) but still I do not find death unfair or cruel. It is simply part of being alive. And for some a relief.

Actually, it may or may not be a Danish thing. We like to utilise our green areas and we use many of our most beautiful grave yards as parks. We picnic, take walks or indeed frolic in the snow in grave yards. This is Vestre Kirkegård in Copenhagen where we went on our Sunday Adventure. 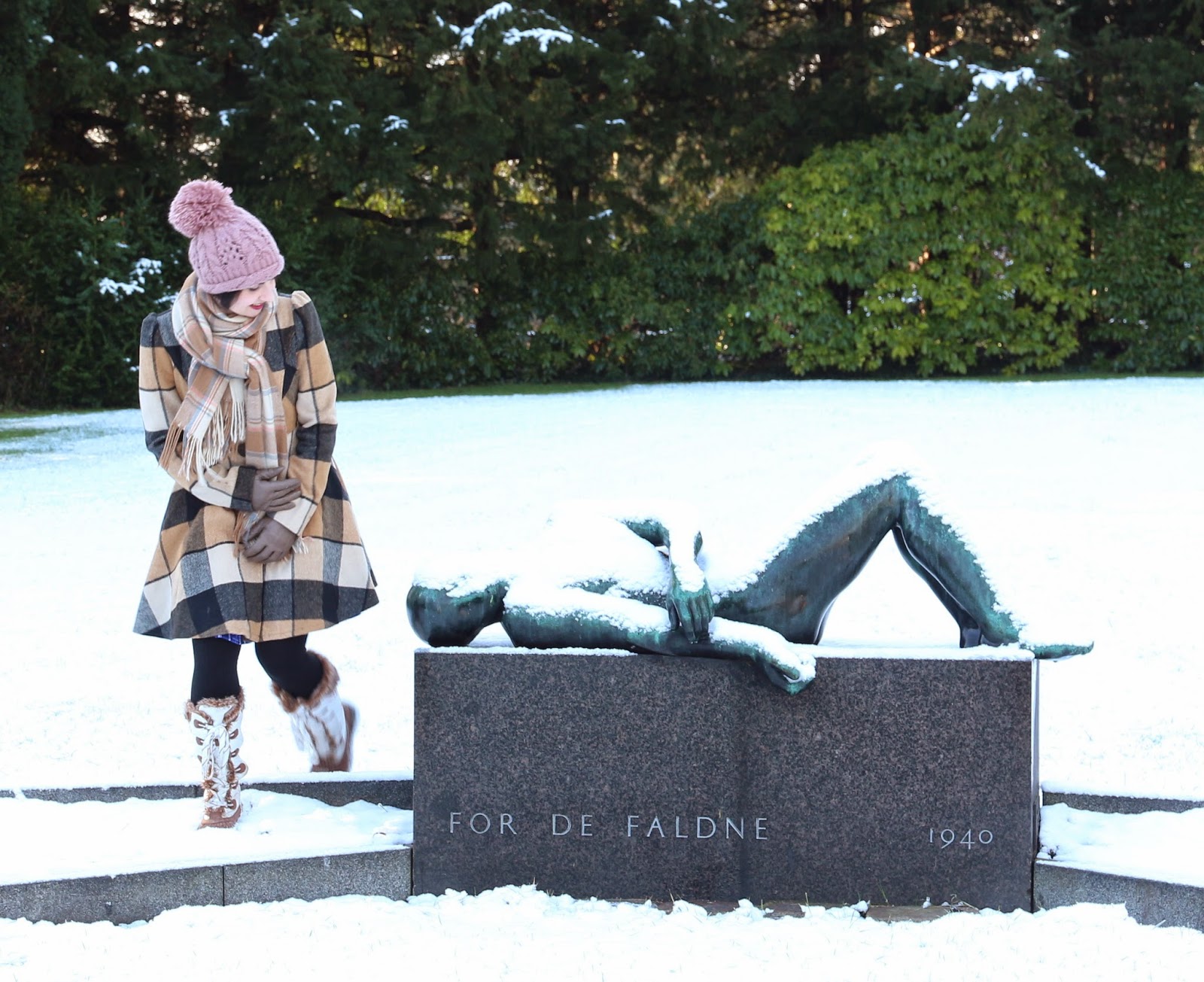 This is a monument for the fallen in the beginning of WWII. 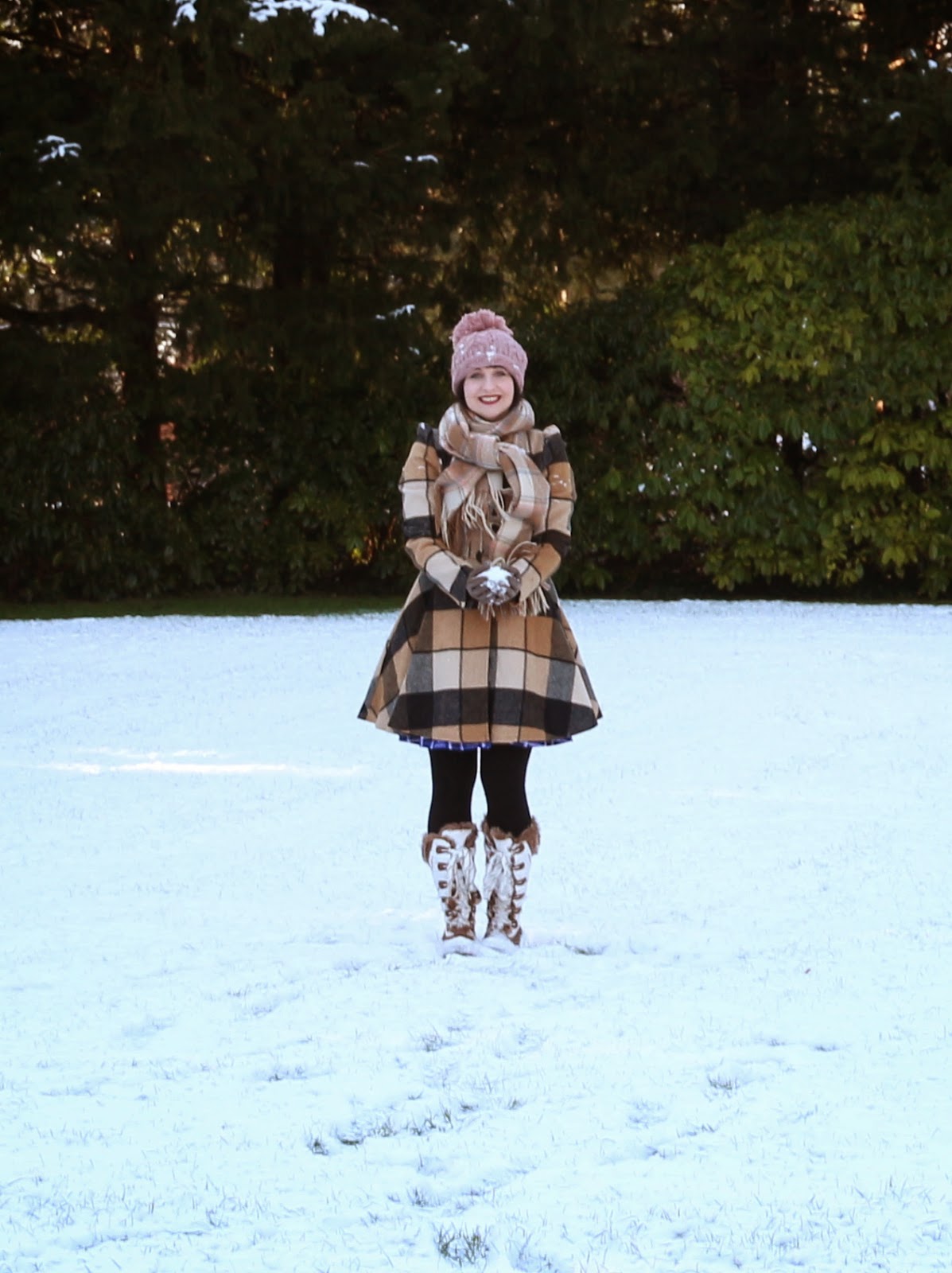 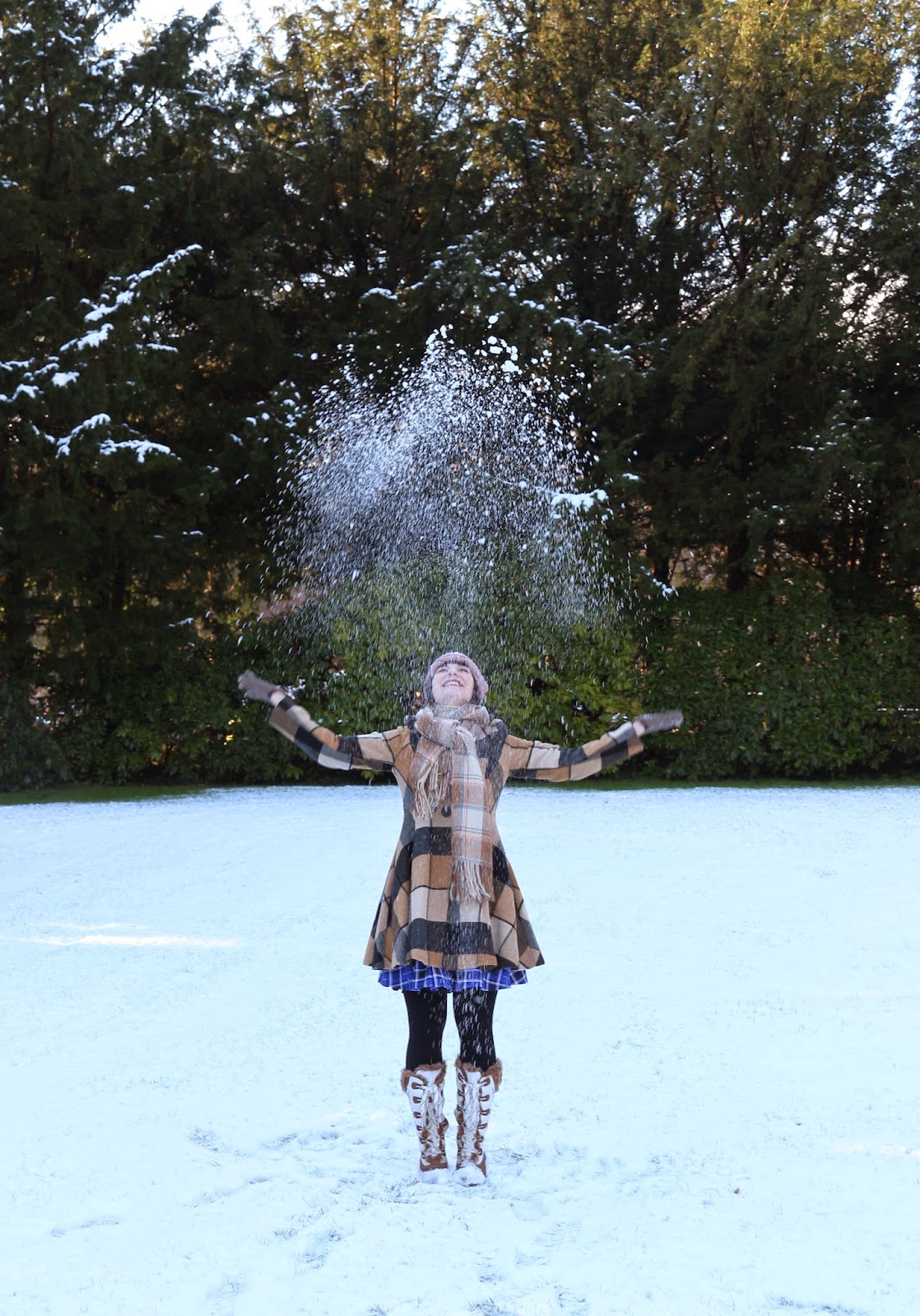 I have to admit I like the idea of a young couple or a group of friends picnicing on my grave someday. Perhaps looks at my head stone and musing over my name and wonder about my life. "She was born in 1984. So was my granmother" or "Pachniuk? I wonder where that comes from" (Ukraine btw). I'd like to have my profession on my head stone like they used to in the days of yore. I made Boyfriend promise he'll make sure it would say Librarian Kathrine Bach Pachniuk. "But you might not always be a librarian", "Librarian is something you are at heart, dear." Case closed. Moving on.
I also want a yellow rose bush and a tree that'll grow old and gnarled and just a little scary on my grave. It's going to be a crowded place. And the stone should say Mischief Managed. Oh yes, I've thought this through :) 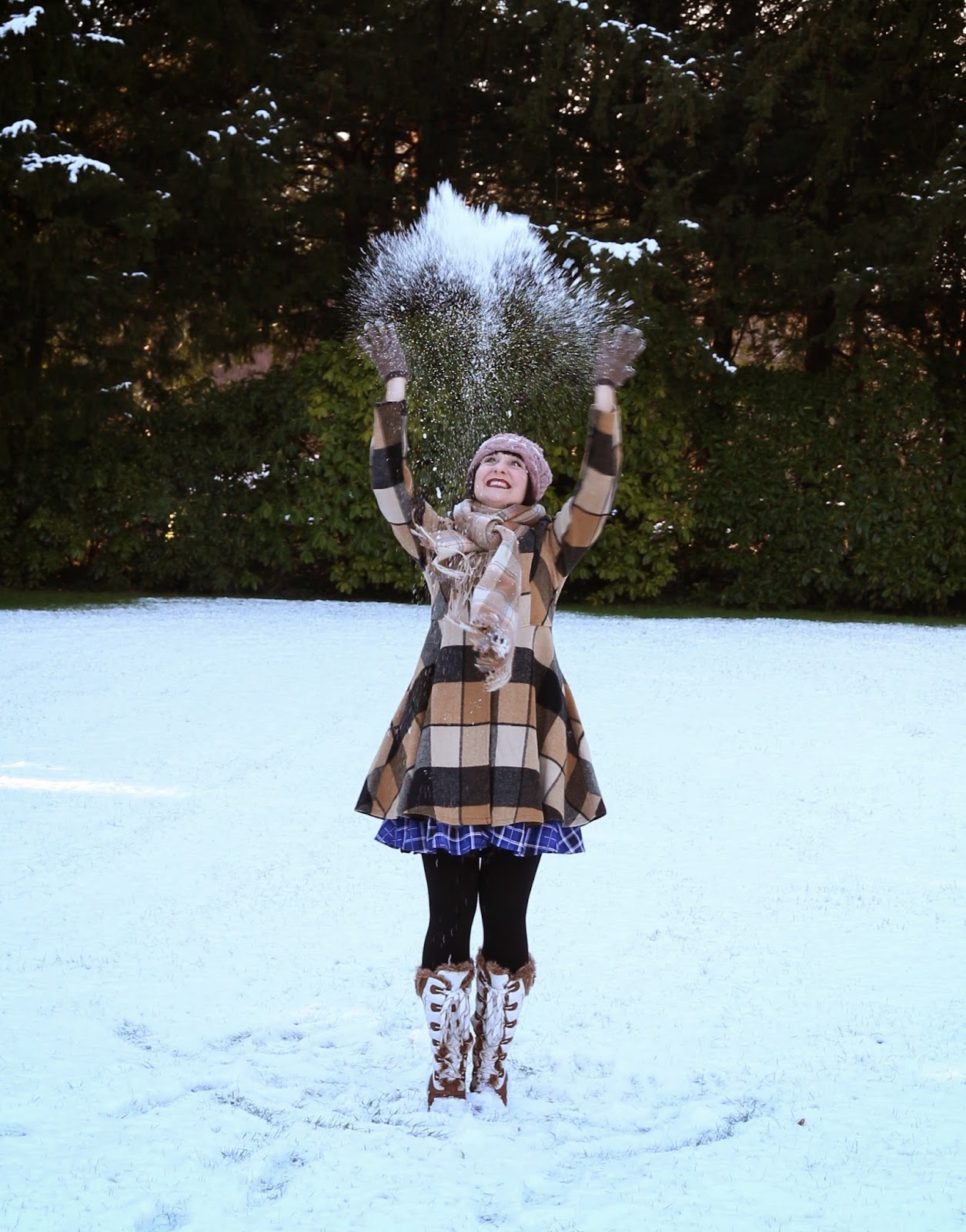 I had so much snow up my sleeves. 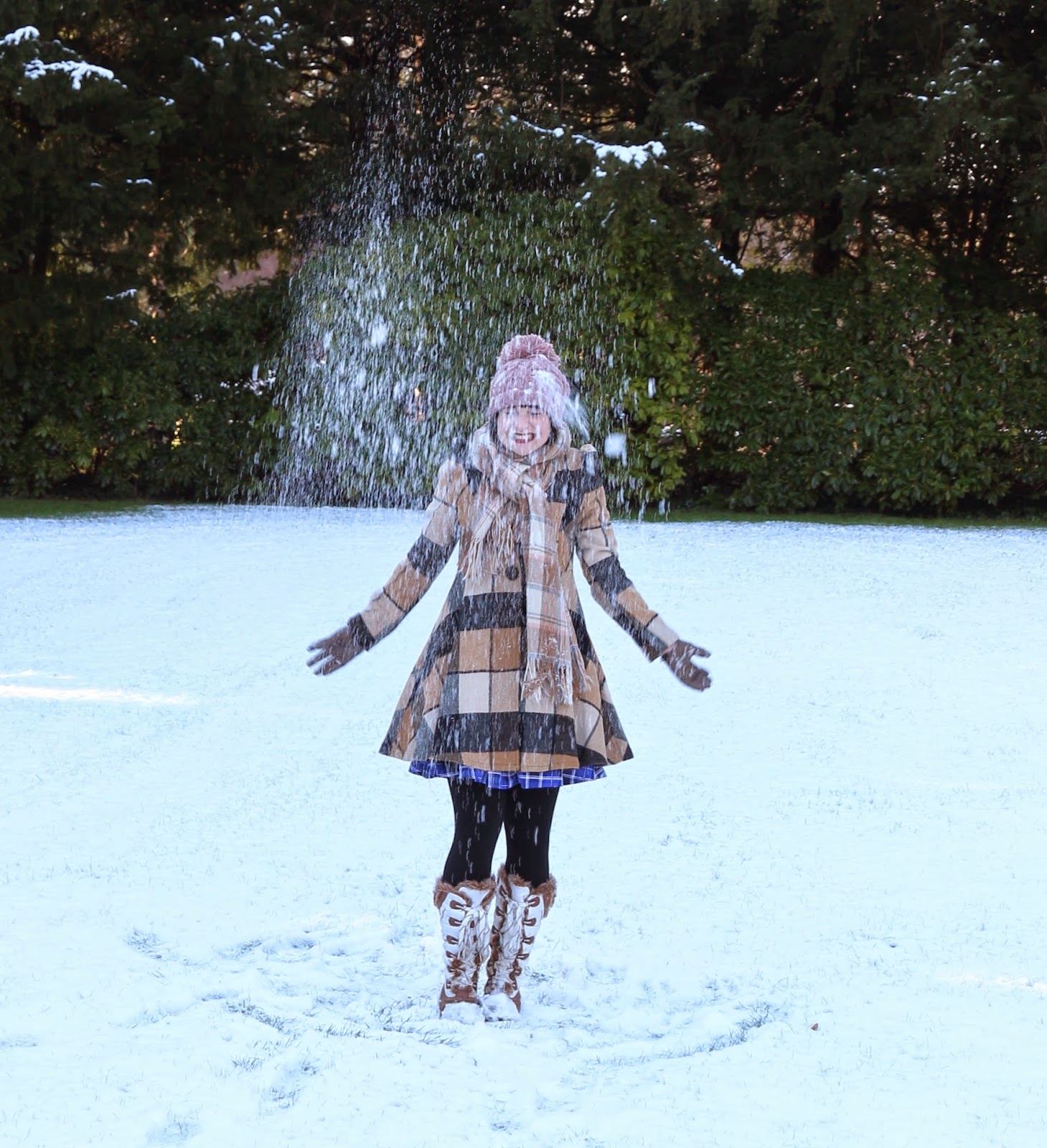 And well, not every attempt was succesful >.< 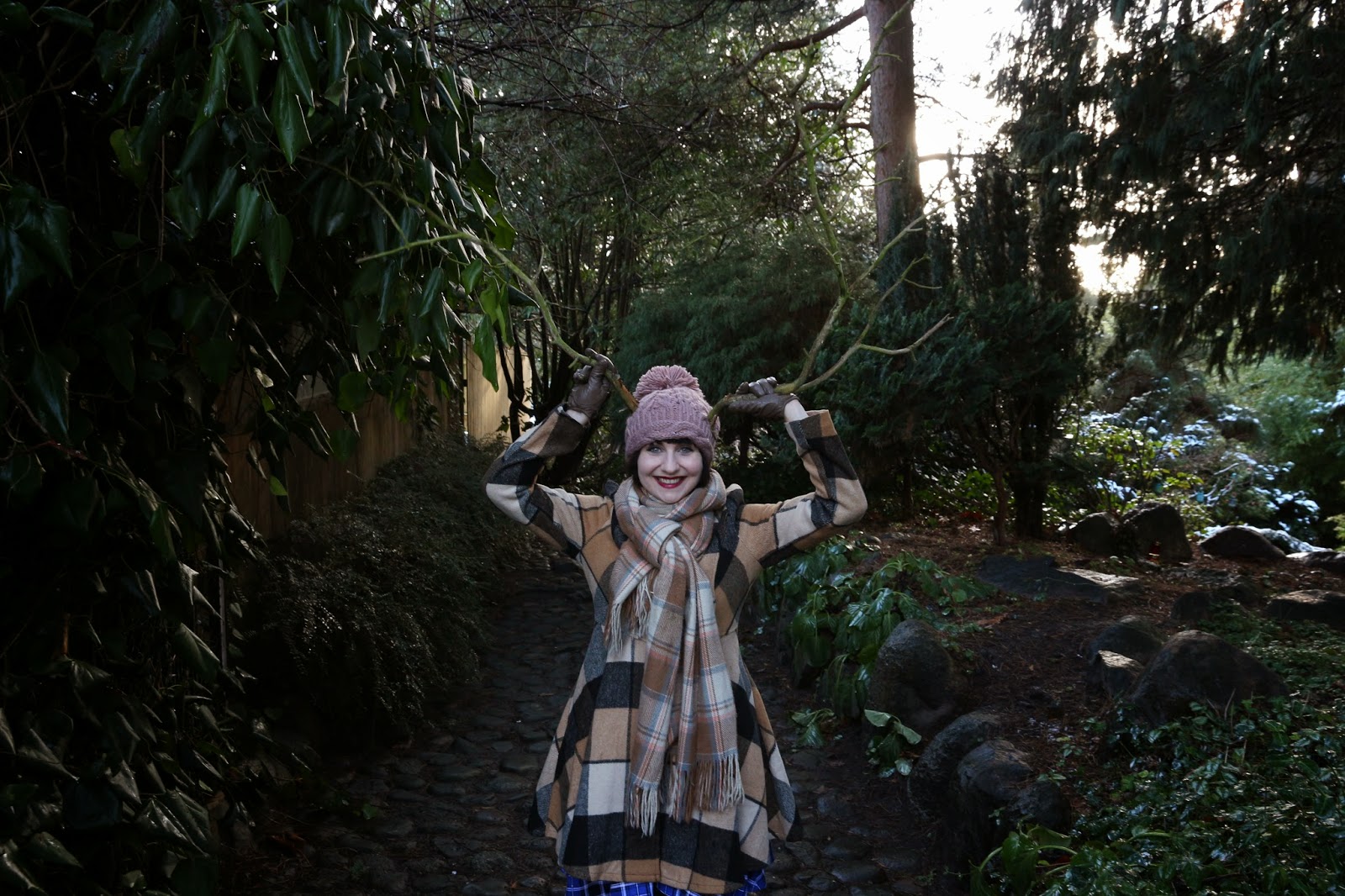 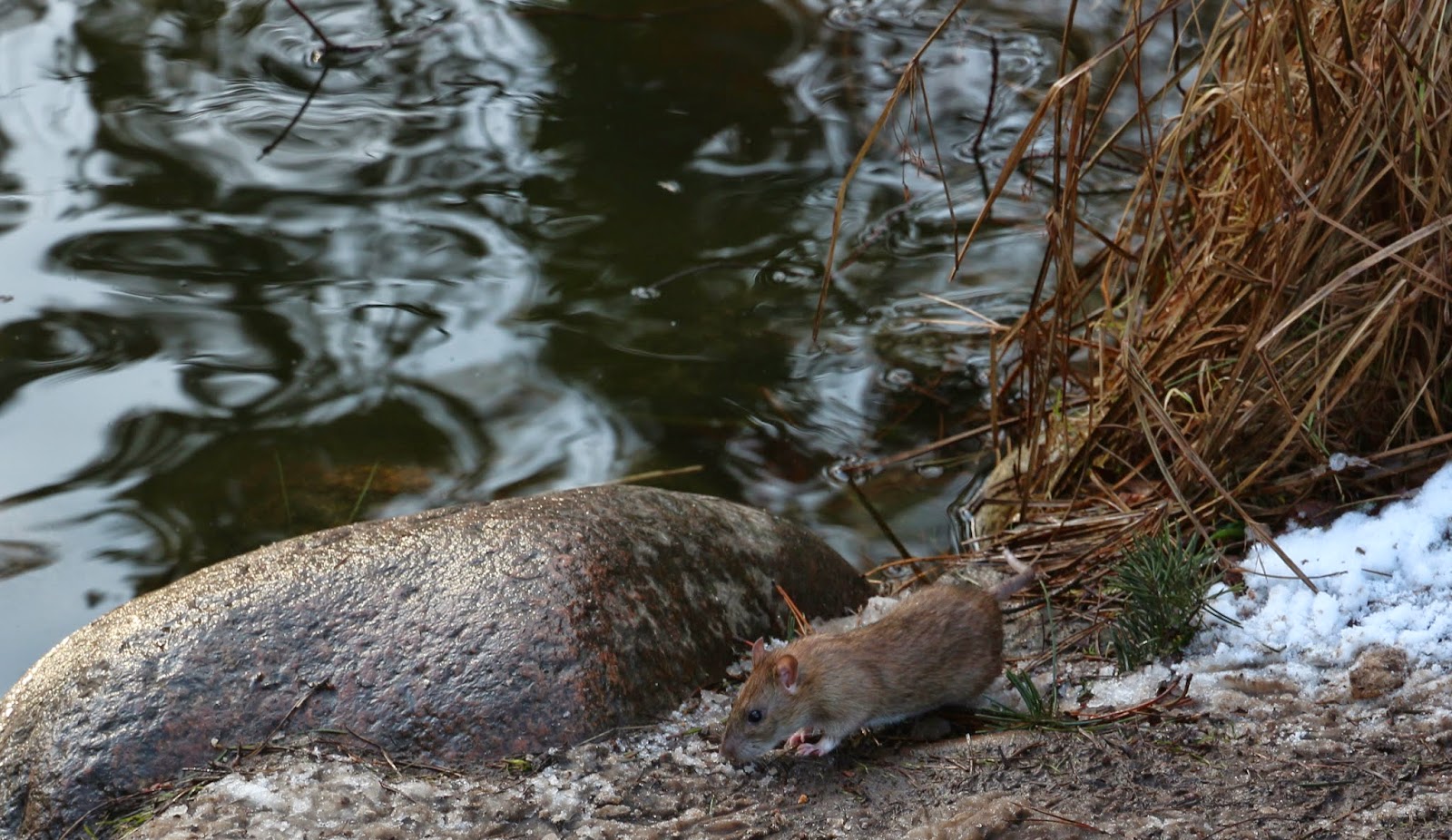 I may be the only human being who squels with joy when I see a wild rat :-D I love rodents and I have had mice and dwarf hamster for more than a decade. The only reason I don't have rats now is that they don't mix well with cats :) This little guy was so cute <3 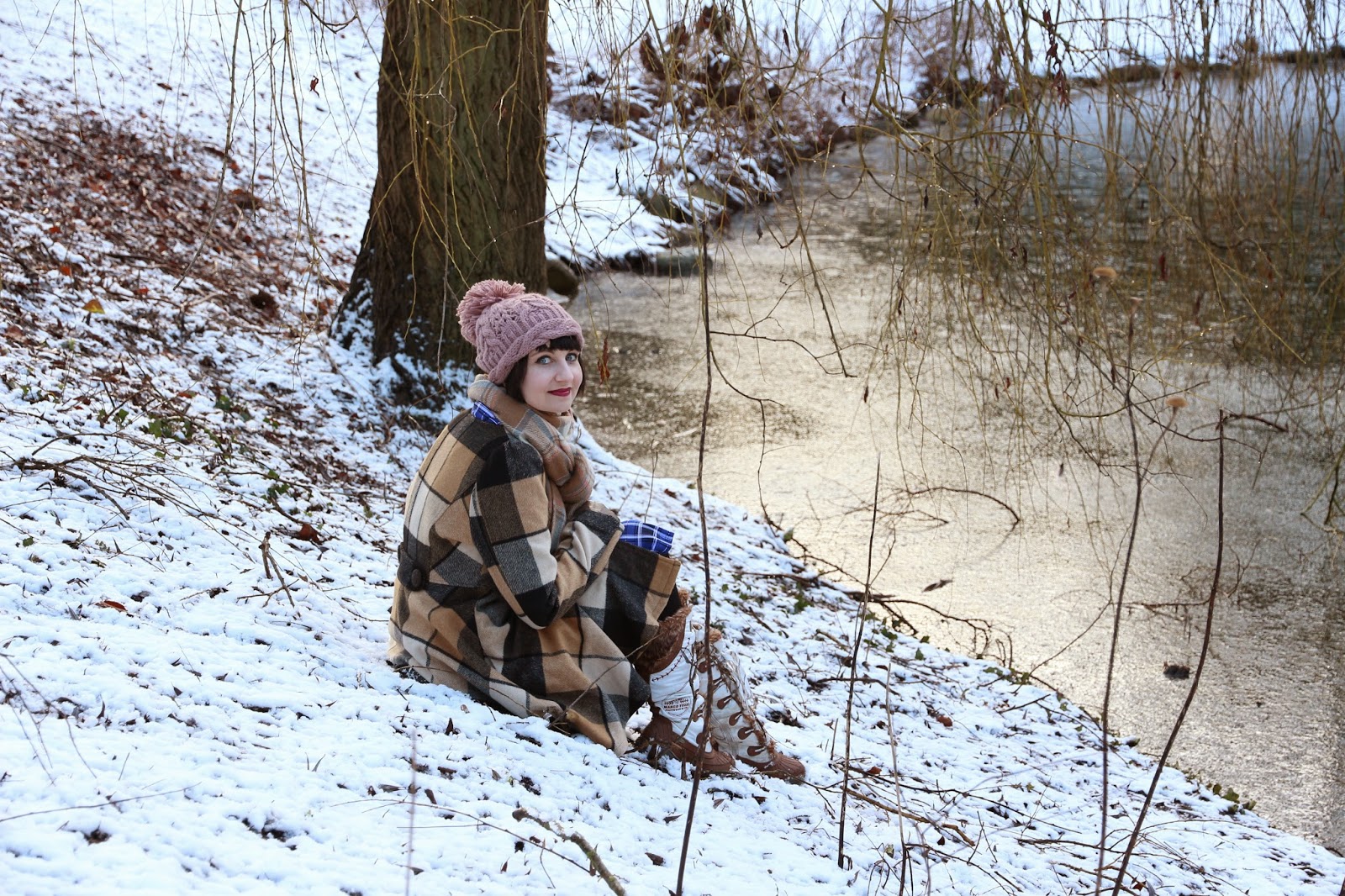 Yesterday I interviewed for a job as a community manager for a major Danish publisher. They wanted a journalist with 4 years experience but somehow I managed to make myself noticed anyway ;) I don't think we had the same idea of how to use social media though. They seemed to want to use it a pure marketing tool where I see social media as a unique way to communicate and create a community about your brand - to engage your (possible) costumers and the ones who take an interest in your brand. I don’t just want to sell books via IG and Twitter. I wanted to create a space for engagement, book-appreciation and interacting with followers and it didn’t seem like they were focusing much on that aspect - the community aspect – which is what social media can quite uniquely! I think it’s strange some still see it as a pure marketing tool. It is but not in the old-fashioned: Here’s a product, buy it-kinda way. 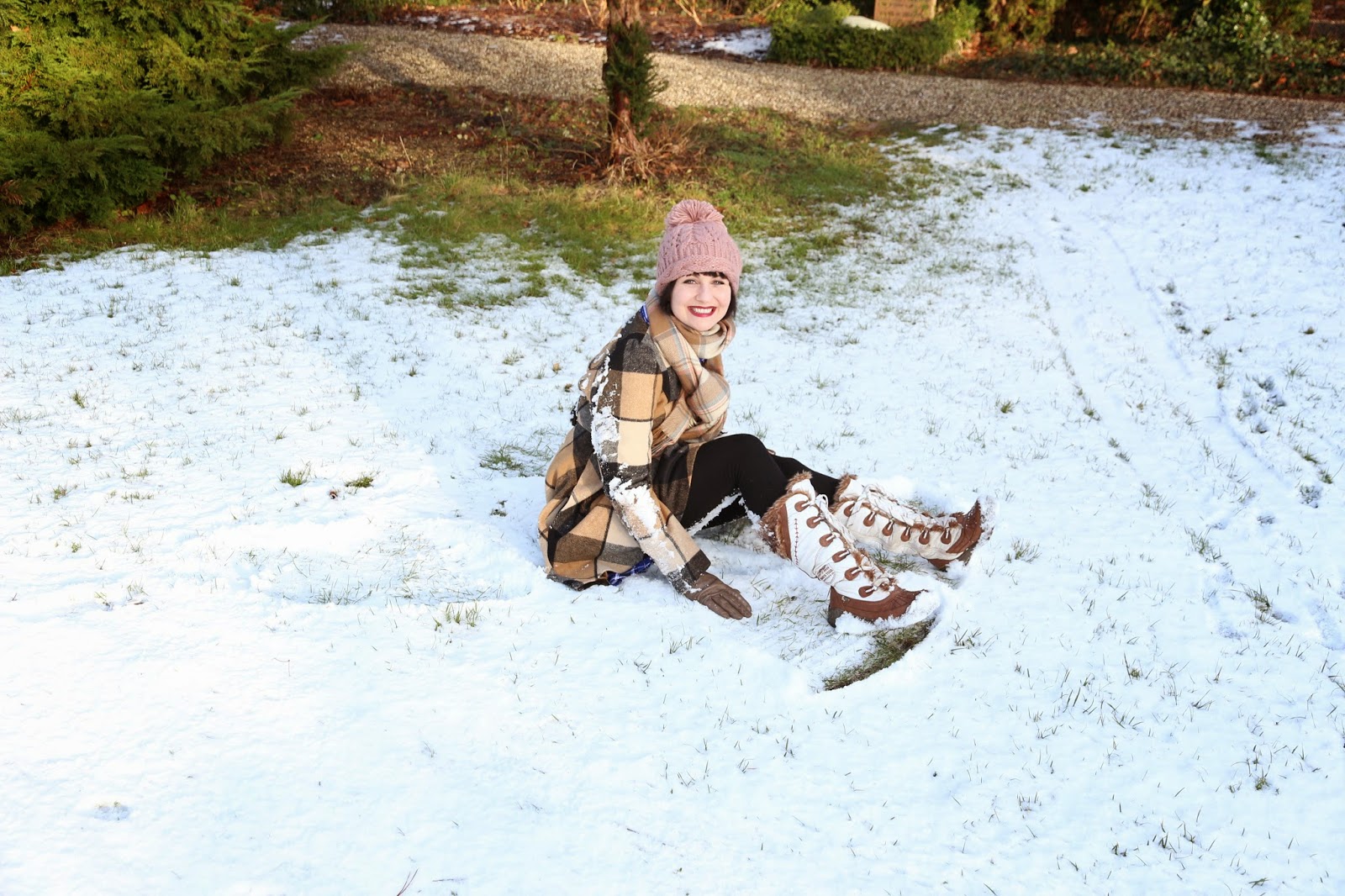 Anyway it was an experience and while I don’t think they are going to offer me the job I also don’t think I would accept if they do. I don’t want to work in marketing like that and since it was a 1 year substitute position I probably wouldn't be able to 'revolutionize' their social media ;) But it was nice to try it out. I still believe I could create SoMe-value for a publisher but with more space to play and be creative and less "sell sell sell"-mentality ;)

So my job search continues. 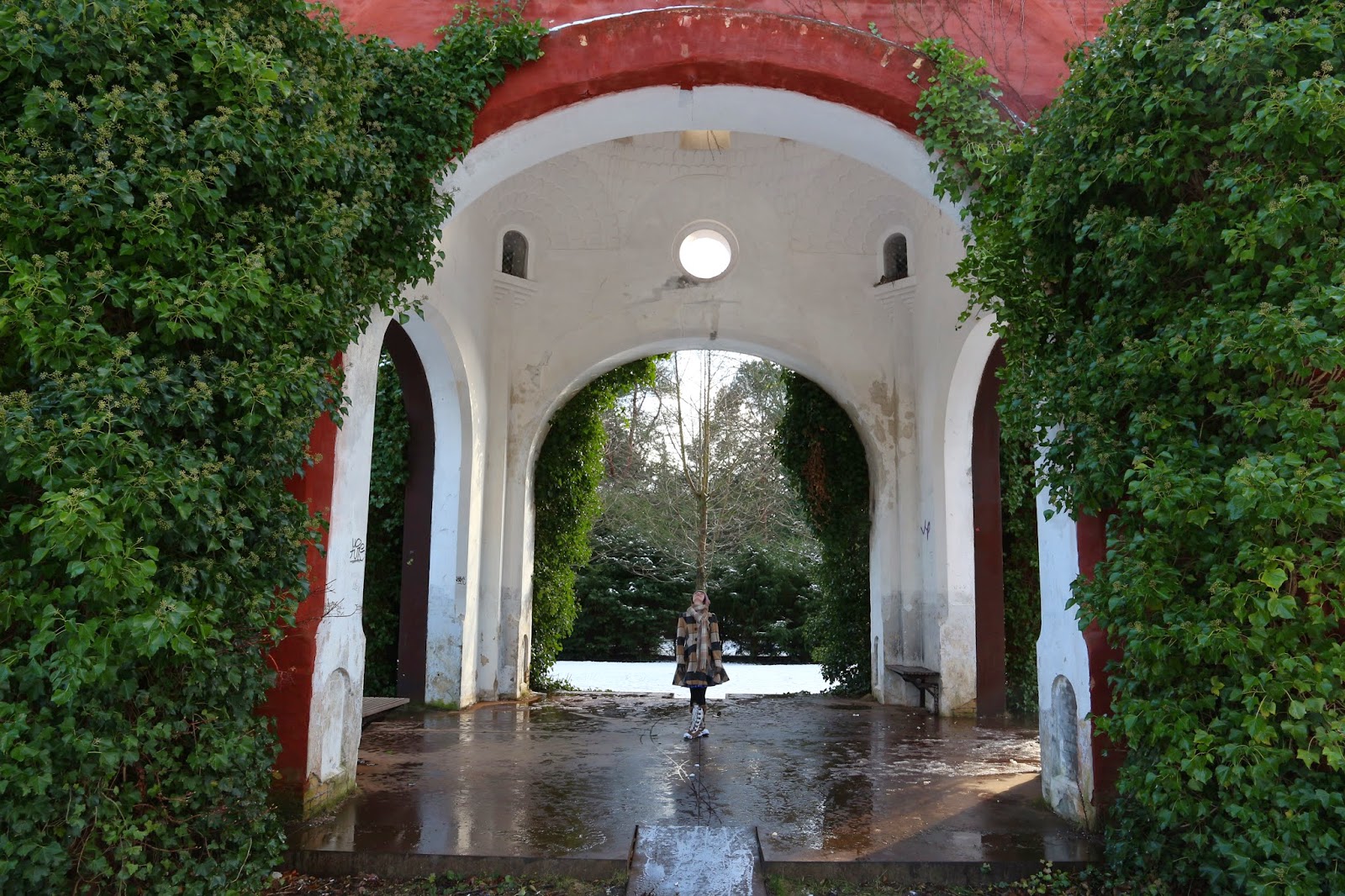 So what are you looking at? Not sure...boyfriend thought it would be nice if I looked up. I am a mere prop to him ;)

Around this time I was wet from my snow angels and snow throwing antics, getting hungry... 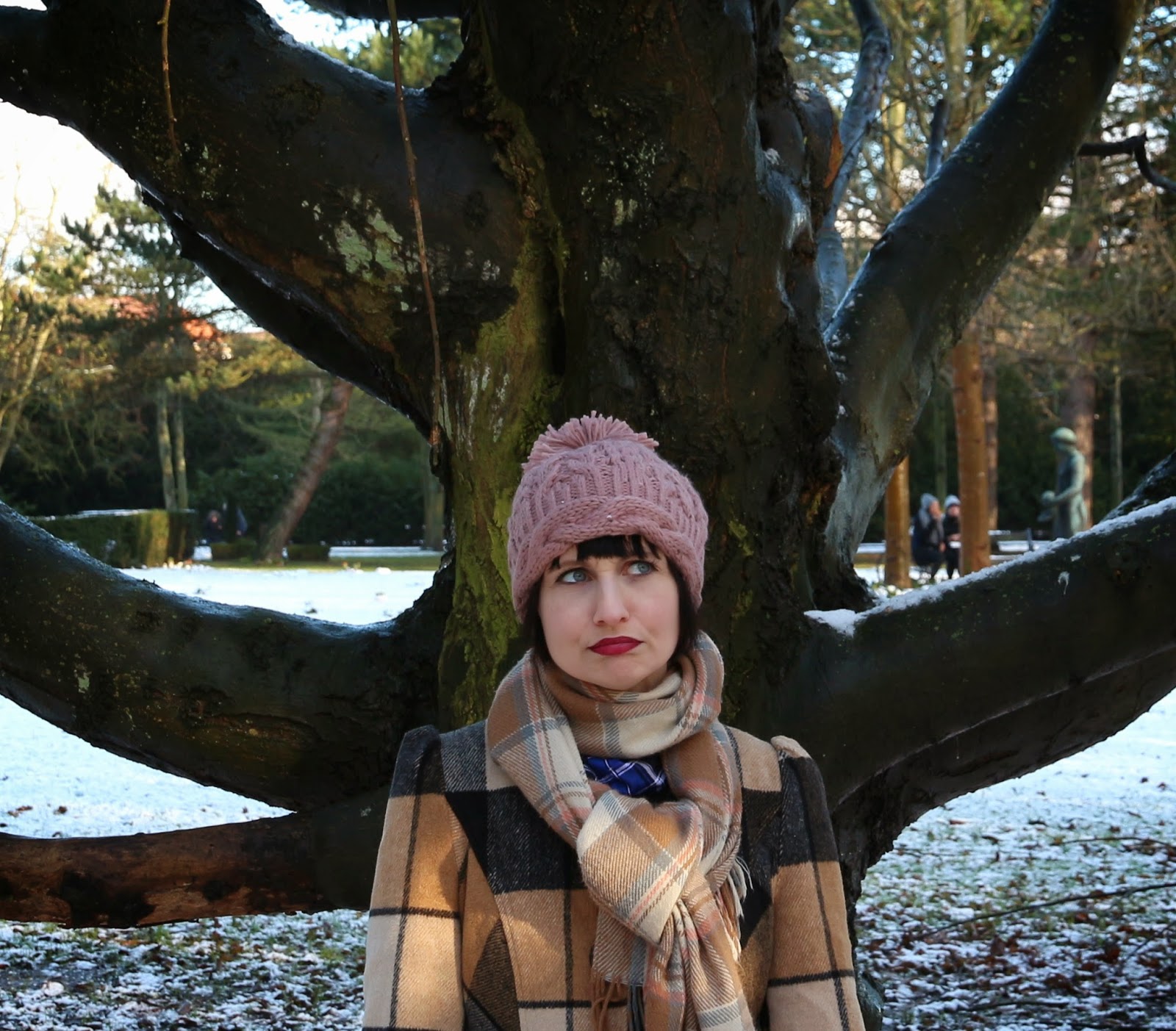