Guilty Pleasures - and other things I dislike.

Unless you think that guy Adolf Hitler had some pretty good points in Mein Kampf or that neo-nazi folk band who play banjo whilst rapping about murdering POC and gay people, is actually the best thing you've ever heard, you should never feel guilty about listening to or reading anything. 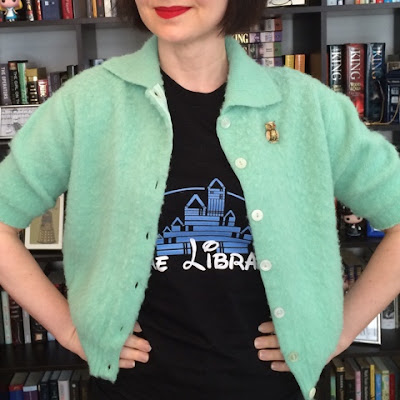 But the other way around is equally annoying and it's also one of things that makes me not want to be a librarian in the grown up section of the library. I am constantly told by (older) patrons that I'm wrong for not reading poetry or listening to classical music or reading whatever they think is awesome. Of course I just smile and nod apologetically, because I'm at work and generally a polite person (when I'm at work at least) but on the inside I am screaming. STOP TELLING ME WHAT TO LIKE!! On occasion I will venture into saying stuff like: Well, we all have different tastes, or The world would be boring if we liked the same stuff, right? but more often than not it will be met with a patronizing look and my being assured that I'm still wrong and should read more poetry. Thanks, but no thanks. Recommendations are great! Orders not so much. 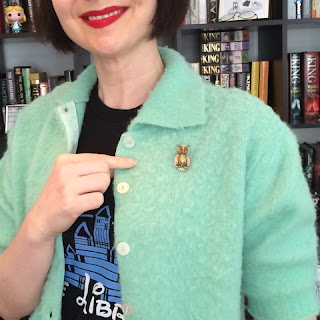 Another pet peeve of mine is (usually very well dressed) people judging ... everyone else. Why do you care that someone goes shopping in a track suit or uses leggings as pants? It's not your business. And I have to say this to myself at least once a day by the way because I am guilty of doing this. I hate that brief thought: Couldn't you have made more of an effort? and I have to mentally punch myself in the face whenever it enters my head. We are all different and have different tastes. They probably think me equally ridiculous in my petticoats and weird prints. And that's completely okay.

And the last I'm going to share today: over the top positivity! Not allowing yourself, your children or those around you to be frustrated and angry is not healthy. I see this more and more. Talking about challenges instead of problems. Urgh. Just stop. Shout and scream once in while. Just say: Dude, that fucking sucks, once in a while instead of trying to fix people. Then try to fix them. But allow yourself and others to be angry.

Also don't tell random people on the street to smile. Don't tell anyone how to feel. Or dress. Or what to read. Or what not to read. Basically. The three and a half commandments of Kathrine the Dictiocanary. T-shirts will available in my gift shop shortly ;) (They won't, I don't actually have a gift shop ;) )