My mother has always dressed however the hell she wanted to dress. Which of course embarrassed the shit out of her kids. Before I was born it meant being naked a lot, or skimpy shorts with a knittet gold bikini top (mostly in the Summer. I hope). She was a flower child. Much to her parents dismay I'm sure. Growing up it meant long flowing gypsy style skirts, dangling rattling gold jewelry and a huge men's motorbike jacket with more tassels than you could count. Now it's colourful leg warmers, jeans skirts and pink scarfs. So I didn't get this urge to dress up from strangers. But for a long time the only thing I wanted was to fit in and to just have a mother who looked like everyone elses mother (and yes yes, she said one day I'd understand and I'd be happy and yees, she was right blah blah whatever >.< ;) ). I'm not sure my mother considers herself a feminist. She is though. She's raised 5 kids mostly on her own. She's never cared what people thought. She has 4 girls that I'm pretty sure she wants treated as her son is. 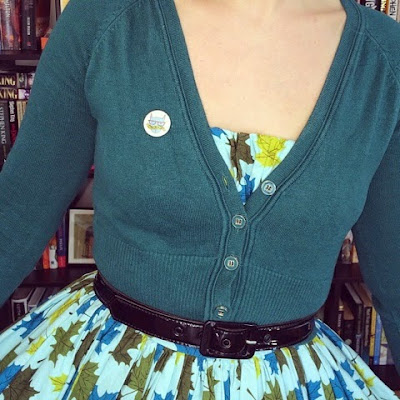 (I may just have to explain that my parents are divorced. In fact they were never married. Unless you count a ceremony in the woods performed by a stoned wannabe-druid. My father has two children. My older brother, 41 and me, 30. My mother has 5 children. My older sister, 37, me, still 30 and yet another girl, 21 and fraternal twins, boy and girl, 19. I'm the only offspring my mother and father share. I told you. Flower child. It's really much less complicated than it might sound) 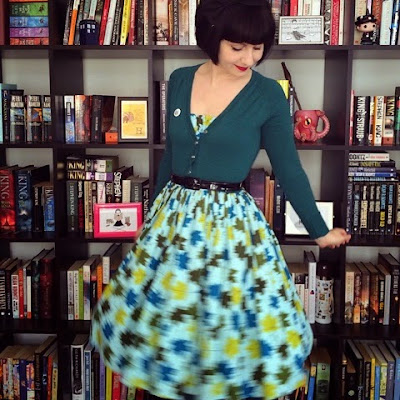 But the story I want to tell isn't about my mom. It's about my dad. He grew up in a very (very!) Christian home but was never religious himself. Growing older and more forgiving he accepted that this was something his mother cared deeply about and he started bringing us kids (me and my older brother) to church when we visited.

I have never believed in God and grew up in a household that was curious spiritually but never committed to any faith (my mother was an alternative healer, dream interpreter and and astrologist. Now she's a school teacher. Finished the same year she turned 50). Celebrating Mother Earth is about as close as we got a household religion. I still think astrology is a hoax and never miss an opportunity to tell her though. She still has to pay for that damned motorbike jacket. And for Petes sake, when I was 17 and bought a new computer she gave me a massive rosenquarz. "Put this on top your computer when you're using it, it absorbs the harmful rays". I just groaned and looked at her. "Mother. It's a laptop."

I thought it was EXTREMELY boring going to hourlong Baptist services. And all the standing up and sitting down, screaming (nobody sings in that Baptist church, they yell, chant, scream and clap the hymns - some just go off chanting praises or shouting something else completely. I don't know if this is the norm as my experience with Baptist churches is limited. In calm little Lutheran Denmark services are much more civil. Although even more boring) but I wanted to make my nan happy. And she wanted to show off her Danish grandkids to her friends and community. So we went once or twice a year. I'm sure she was still very worried about our souls but she kept quiet about it. Religion was never or rarely discussed. We just accepted our differences. Except one time my father was reading the newspaper and made the mistake of mentioning something about Darwin and descending from apes. My grandmother looked absolutely horrified and went off about the Bible mentioned no such thing, then proceded to grab her Bible - one was never far away from her - and sat my poor father down for a bible study. He motioned for me to run to the park before she realized her Godless granddaughter was standing right next to her and probably was in dire need of guidance as well. It was an hour before he made it to park. Luckily I always carried a book and money for coca cola and salt and vinegar crisps.

When I was 14 I had bought a yellow dress I was going to wear to church. When my grandmother saw me she asked me to change because she thought it was inappropriate. And my dad who never lost his temper with his mom (anymore) went mental. He furiously said that there was nothing inappropriate about his daughter. That nobody should tell me what I could or couldn't wear. I could wear whatever I pleased!
It turned out the dress was completely see-through. My room didn't have a full length mirror. When I realized I was of course mortified and changed so I ended up not wearing that dress to church - or ever. But my dad standing up for me and my choice like that I will never forget. 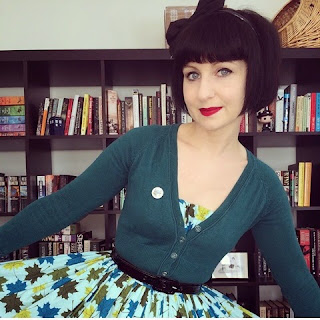 (Also when I was 12 and hadn't really thought about sex or who I was going to have it with yet, I was much to busy climbing trees and playing with Lego, my dad casually said while he was watching TV and I was reading comic books: "You know. If you like girls better than boys it's fine with me. I never want you to be scared to love someone". I thought he was so weird.)

So. All in all the feminist who is my hero and who made me aware that I could do whatever I want is my dad.