I decided to "live-tweet" my comments while reading Twilight. Obviously not all. Then I'd still be on page 10 ;) And it's unedited. 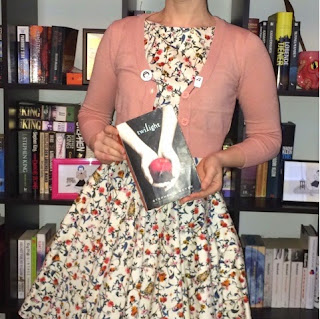 Honestly nobody's that clumsy. A panda might be. But honestly. Nobody.

Of course. No sense of directions either. Not much a human really, are you Bella? Not falling down so much though. Forget you were clumsy, did you?

You're writing about Shakespeare being a misogynist? How delightfully ironic.

Why do we have to hear what she's making for dinner all the time?

Could you stop using the word depression? Clearly you don't know what it means.

Did he just breathe on her face? God that's weird.

NOBODY IS THAT CLUMSY!

Urgh stop telling her how to feel. And stop being so goddam moody.

'Her mind isn't very original and it was annoying to have to stoop to that' Wtf is with the misogyny' Meyer? Because Bella  is a fucking Einstein of originality?

Isn't all of this just allegories for rape? The strong man who can barely contain himself from raveshing the young virgin? Jasper "who can't tell you humans apart. You're all the same to him"
Apparently Meyer is dead scared of men. I guess you would be if you thought Bella was the perfect woman. She's just taking it. "It's unavoidable"

"What a stupid lamb" I sighed.
"What a sick masochistic lion"
Okay so at least you know. I guess that's something.

I think I got it. The whole being clumsy and unfortunate. Bella is completely lacking any sense of self preservation. Her not being scared isn't love. It's broken instincts. I wonder if some of ancestors interbred. There's clearly something wrong with her.
(Yes. I think I'm quite clever for coming up with that)

Uh uh uh! The tree jumping is coming up!

Wtf? Oh the female is much too strong in her sexuality, the male nearly eats her up because she kisses him enthusiasticly. How could he possibly control himself with that kinda woman. *barfs*

You were flattered he stalked and spied on you? Watched you in your sleep. Oh Bella you should study abusive relationships at some point.

Wait a second. Why is he breathing?

Edward is a creationist? Figures. He is from 1909 - or whatever. Still. A God fearing vampire. Irck.

Oh the missing self preservation hasn't escaped Edward either. Not that clever on my part then. Dammit.

Even your history is wrong, Meyer. The witchhunts in Europe weren't what they're cracked up to be. We hardly burned any witches. Drowned a few. Beat up a LOT of black cats. Poor bastards. But witchhunts have a worse reputation than they actually were.

Oh. The breathing is a choice. To seem more human I guess. Alright I'll give you that one. It makes sense.

I liked Jasper best in the movies and I like  him best now. Perhaps because he doesn't say a lot. Less cliches.

"I knew I couldn't trust my feelings with Jasper there" - you and me both, honey. He is fucking hot!

Clearly love ISN'T never having to say you're sorry in this universe. 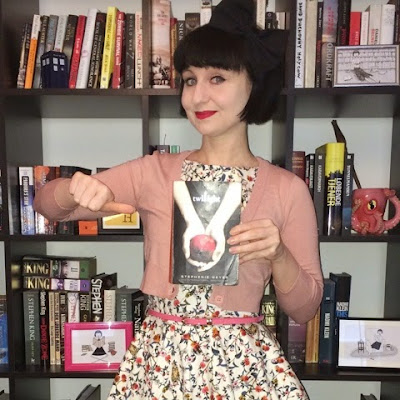 Urgh. Okay I get it. I get it like eating a McDonalds meal. It's greasy, you know it's disgusting but also kinda satisfying. Afterwards you feel a little dirty, regretful and you know you'll want something more filling in an hour or so. I haven't eaten McDonalds in two years. I feel like I broke my spell with Twilight.
I laughed in all the wrong places, but also some of the right. It definitely seems like it's written by a wistful 13-year old with romantic fantasies but no clue how a relationship really is or how it should be. The fact that it's written by a grown woman is frightening. "But she only wrote it to make money", you might argue. Yeah that's still frightening.
I still don't like it. But I'd be lying if I said I didn't get its appeal. And I know life doesn't have to imitate art (yeah I'm playing fast and loose with the word art) but I do find it disturbing that a whole generation is influenced by this.
I'll still not say anything when asked if Twilight is home at the library but I will make a greater effort to find similar less awful literature to recommend on the side.
I'm glad I read it. I loved being proved right :)